Impact of ADHD on education

School-based problems are common with ADHD, and in many cases are the signs that bring the child to the doctor’s attention. The educational problems faced by children with ADHD include various impairments, limitations and restrictions that affect their academic performance. They may have problems with sequencing complex movements, may be limited in their reading, writing and calculating skills, or may have troubles with general tasks, self care and interpersonal interactions and relationships.

Scientific studies that have followed children with ADHD over time have shown that the academic and educational problems they face are long-standing. Although the initial symptoms of inattention, hyperactivity, impulsivity and frequently aggression tend to become less severe, they remain high compared to children who do not have ADHD. These studies have also shown that, as these children approach adulthood, they commonly fall into one of three major groups:

It is unclear what factors determine the long-term outcomes of ADHD. 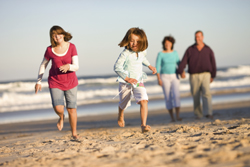 The families of children with ADHD have to contend with a greater number of behavioural, developmental and educational disturbances. This often requires that more time, logistics and energy be spent. It is not surprising that these increased demands are frequently associated with more stress in marital and family functioning. The financial burden of treating ADHD and its associated psychiatric disorders can add to these difficulties.

When family environments are chronically stressful, both the adults and children are at greater risk of physical and mental health problems. In families affected by ADHD, marital conflict is common, and has been consistently linked with poorer health and mental outcomes. Some believe that marital conflict can negatively impact a child by:

ADHD has a significant impact on the siblings of children who have the condition. One study found that 10 of the 13 siblings (brothers and sisters) interviewed thought they were “severely and negatively” affected by living with a sibling who had ADHD. This study found the most significant problem identified by siblings was the disruption caused by the behaviour of the child with the condition.Examples of this disruptive behaviour included physical and verbal aggression, out-of-control hyperactivity, emotional and social immaturity, academic underachievement and learning problems, family conflicts, poor peer relationships, and difficult relationships with extended family.

Siblings described their family life as “chaotic”, “exhausting”, and “focused on their sibling”. Siblings described “never knowing what to expect next” and that they did not expect an end point to the impact of ADHD on their lives.

Siblings of children with ADHD experienced the disruptive effects of the condition in three ways: victimisation, caretaking and feelings of sorrow and loss. Siblings reported feeling victimised through physical violence, verbal aggression and manipulative and controlling behaviour. Many siblings felt unprotected by their parents who were perceived as too exhausted or overwhelmed to intervene. 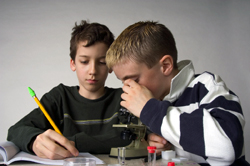 Disruption for siblings also arose due to expectations that they act as caretakers for their brother or sister with ADHD. Older and younger siblings reported that their parents expected them to play with and supervise the child with ADHD. Other caretaking activities included giving medication, helping with homework, intervening with teachers and other children on behalf of the child with ADHD, keeping that child “out of trouble” and keeping the child occupied when the parents were exhausted. While some siblings reported pride at being able to carry out this role, the majority reported that they found it difficult, particularly when they felt victimised by their sibling. Some reported that they provided relief for their parents, but did not feel they received relief themselves.

Feelings of sorrow and loss were common among siblings of children with ADHD. These children wished for “peace and quiet”, and a “normal” family life. They experienced worry that their sibling with ADHD would get hurt or get into trouble. Siblings felt their parents expected them to not require much attention. These children often felt ignored or overlooked because their needs seemed less significant than those of their sibling with ADHD. They reported that they tried not to be a further burden to their parents.

Some of the siblings of children with ADHD felt frustrated due to the degree to which the child with the condition “controlled” family life. Parents of children with ADHD rate their families as lower in achievement and organisation, and higher in conflict than families not affected by ADHD. Siblings reported concern about the child with ADHD “ruining” potentially enjoyable activities due to their behaviour, which reduced their anticipation for these events. Siblings commonly expressed feelings of powerlessness, and saw themselves as unworthy of attention, love and care from their parents.

It has been shown that parenting stress can be reduced and family relationships improved if parent training is included in the management of ADHD.

The best management of ADHD should include patient education, psychosocial interventions and medical management.

As a part of management, doctors will often provide patients and their families with correct and up to date information on a disorder, its causes and any treatment options. This is termed patient education. Parents should understand that ADHD is a medical disorder. Understanding this can help remove the stigma surrounding diagnosis, and also reassure parents that their particular parenting style or life situation did not cause the condition.

School-based interventions are designed to complement the interventions taking place in the home environment. It may include teacher education (similar to parent training) and school-specific strategies, such as providing an overview of learning exercises, doing academic work in smaller chunks with the majority to be completed before lunch, and extra breaks. This is designed to create consistency between school and home environments to achieve the best outcome. 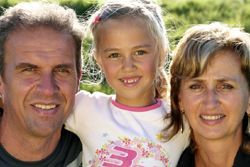 Medical management comes in the form of stimulant and non-stimulant medications.

Stimulant medications include methylphenidate (e.g. Concerta, Ritalin) and amphetamines. These substances influence the neurotransmitters dopamine and noradrenaline, which act as signalling molecules in the brain.

The majority of clinical trials over the past fifty years have looked at the use of methylphenidate in children between 6 and 12 years of age. The results showed that a large number of children with ADHD (73–77%) responded to the stimulant medication. Many of the children who did not respond or did not tolerate the drug demonstrated a clinical response if a second stimulant medication was tried. The benefits of stimulant medication included symptom relief and improved overall behaviour, social functioning, interpersonal relationships and academic performance.

The long-acting preparations require only once-daily dosing, and are well tolerated. Once-daily dosing alleviates the need for children to take medication in school hours.

It is important that an optimal dose, giving the most benefit with the least side effects, be reached for every individual. Your doctor will probably start with a small dose and gradually increase the dose until a therapeutic benefit is seen, or until side effects prevent the use of higher doses.

There are several medical conditions which may mean a child cannot be prescribed this particular medication. Your doctor will ask a series of questions to determine the absence of these conditions and the child’s ability to take the medication. If your child is unable to take these medications, there are other options available.

Nonstimulant medications include several different types, and provide an alternative for patients who either do not respond to stimulants or cannot tolerate the side effects. Your doctor will discuss the suitability of these with you.

Attention deficit hyperactivity disorder (ADHD) is a common behavioural disorder that can occur in children, adolescents or adults. It is characterised by inattention, hyperactivity and impulsivity. Many aspects of an individual’s life can be impacted by the disorder. Children often experience altered family dynamics and many school-based problems.

The management of ADHD should incorporate patient education, psychosocial interventions and medical therapy where appropriate. Medication is usually in the form of stimulant medication. It is important, as with any other medication, that the optimal dose is reached for the individual, giving the most therapeutic benefit with the least side effects.