What are sexually transmitted infections (STIs)? 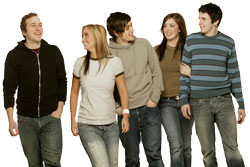 Sexually transmitted infections (STIs), as the name suggests, are a group of bacteria and viruses which can be, and most commonly are, transmitted through sexual contact, including vaginal, anal and oral sex. Many STIs also spread through other means (e.g. blood transmission).
As a group of diseases, the infections are extremely varied. For example, some STIs result in symptoms such as genital discharges or abnormal growths in the genital area (e.g. herpes); some usually have no symptoms (e.g. chlamydia); and others have no apparent effect on the body but create a pathway for other deadly diseases to occur. Human immunodeficiency virus (HIV) is the causal agent of acquired immune deficiency syndrome (AIDS).
Some of the most commonly occurring STIs, and those which are a considerable health concern in Australia, include: 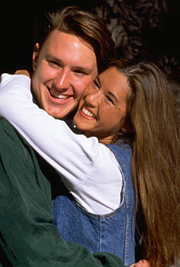 Globally, there are large differences in the incidence and prevalence of STIs. For example, in parts of southern Africa where STIs are very common, the prevalence of HIV is as high as 25% (amongst 16–59 years olds), and up to 19% of all pregnant women are carriers of other STIs (e.g. syphilis, chlamydia). Infection rates are much lower in Australia, but STIs remain a considerable public health burden, despite the availability of effective methods to prevent and treat many conditions. Evidence suggests that the incidence of a number of STIs has risen in recent years.
There is considerable variation in the incidence of particular STIs in Australia:

The prominence of sexually transmitted infections varies depending on the specific infections. However, as a group of infections, particular groups of people (characterised either by demographic or behavioural features) are more likely to experience STIs than others. In Australia, factors which are associated with an increased risk of STIs include:

How are STIs prevented? 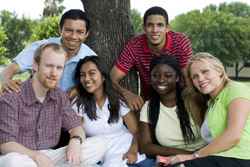 Preventing STIs is much better than treating them, because when diseases are prevented people do not get sick and do not need to access health services which are expensive to provide. Therefore, developing effective strategies to prevent STIs is of extreme importance to public health.
It is recommended that STI prevention programs take a multi-pronged approach aiming to:

In practice, this means STI prevention efforts mainly focus on promptly treating curable STIs, notifying the partners of infected individuals, and encouraging safer sexual practices (e.g. condom use).
More recently, interventions have also focused on changing the conditions in which high risk sexual behaviours occur (e.g. situations in which women are poor and therefore have sex in exchange for money).
Developing strategies to effectively prevent STIs has proven challenging. Techniques which are effective in reducing the spread of an STI often contradict an individual’s beliefs regarding what is and is not appropriate sexual behaviour. For example, someone who believes for religious reasons that an individual should not have sex until they get married may disagree with condom distribution as an STI prevention strategy. As such, there has been a tendency for STI prevention programs to focus on promoting the adoption of morally correct sexual behaviours which are unachievable for some and undesirable for many (e.g. long term abstinence) as the best method of STI prevention.
In many cases, abstinence has been promoted at the expense of STI prevention techniques which are biomedically effective. When making decisions about your own sexual health or informing friends or children, it is important to remember that many individuals fail to abstain, and it is therefore necessary that they are aware of other STI prevention techniques.
It is also important to note that many individuals perceive abstinence to mean abstaining from vaginal intercourse. Those who abstain in this manner may be more likely to engage in anal or oral intercourse as alternatives to vaginal intercourse. When discussing abstinence, it must be emphasised that STIs can be passed on during anal and oral intercourse, so abstaining from vaginal intercourse alone is not sufficient for protection.
General practitioners play an important role in treating and screening for STIs (which are important factors in prevention). Prevention programs are conducted by a range of other health professionals and non-professionals, using a range of styles in a range of settings.
In terms of the style of communication used and target audience, STI programs might be referred to as:

In terms of the issues they address, approaches to STI prevention can be broadly classified as:

While the approaches can be used separately (e.g. a clinic providing STI treatment only), the greatest effect is achieved by combining the approaches. For example, a clinic which treats STIs (biomedical) may also provide motivational counselling for behaviour change (behavioural) and free condoms to increase their accessibility (structural). 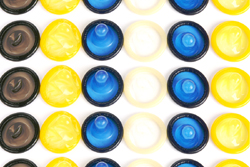 Male condoms are latex sheaths which are inserted on the erect penis to provide are barrier to sexual fluids during sexual activity. Intact latex is completely impenetrable by sexual fluids, but condoms may break or slip off during sexual activity, and are thus not 100% effective. Breakage and slippage are more likely if the condom is incorrectly applied.
Condoms should be applied to an erect penis before every act of genital contact (e.g. stroking the vagina or anus with the penis) or oral, anal or vaginal sex. The penis should be withdrawn from the vagina or anus immediately after ejaculation, while the penis remains erect. Condoms should also be used in conjunction with water based lubricants (as opposed to oil based lubricants, which interfere with latex) to prevent breakage.
When used correctly, condoms are effective in preventing men and women from contracting HIV, gonorrhoea, chlamydia and trichomoniasis. They are much less effective in protecting against ulcerating genital infections. This is because of the anatomical protection condoms provide (i.e. they only cover the penis and not other genital areas like the scrotum). A condom does not provide a full barrier to the transmission of ulcerating STIs because they are spread by contact between infected skin and mucosal surfaces, unlike other STIs which are transmitted through vaginal fluids and semen.
As an HIV prevention method for heterosexual couples, condoms have been estimated to be 80% effective when used consistently, and 95% effective when used correctly and consistently. Condoms also provide highly effective (98%) contraceptive protection, when used consistently and correctly and thus can also prevent unwanted pregnancy.
For more information, see Male Condom.

Male circumcision is the process of surgically removing a man’s foreskin. It has traditionally been performed for religious and cultural reasons, typically during infancy or adolescence. Recently, evidence from sub-Saharan African countries, where HIV is very common, has shown that circumcision provides men with protection against HIV infection. One randomised controlled trial reported that participants in the intervention group (i.e. those who received the circumcision intervention) were 60% less likely to have contracted HIV in the 18 months following circumcision than individuals in the control group. The study did not examine the risk of other STIs.

Hepatitis B and HPV are both preventable with vaccines. While much research has been focused on finding a vaccine for HIV, a vaccine is unlikely to be available in the foreseeable future.

Many STIs can be cured easily through the administration of antibiotics. Treating STI carriers eliminates the risk of a carrier’s sexual partner/s contracting the disease. However, individuals who have STIs may not seek treatment, either because they are asymptomatic and unaware of their infection status, or because they find it difficult to go to a health facility for STI treatment (e.g. because they are embarrassed). Identifying STI carriers is thus an important factor in ensuring treatment is received.
Individuals who think they may have been exposed to an STI (e.g. because they had unprotected sex with a casual partner) should not feel embarrassed about visiting a general practitioner to be checked. STIs occur commonly in the general population, so doctors come in to contact with many patients who have STIs, and know how to treat them. Doctors are also able to provide advice about STI prevention to individuals who have questions.

Contact tracing is the process of contacting the sexual partners of an individual diagnosed with a STI, so that they can be clinically assessed and treated if they have also been infected. Typically, the STI carrier will play an important role in contact tracing (e.g. by giving each sexual partner a letter from the doctor stating the diagnosis and need for clinical assessment). In cases where the STI carrier is unable or unwilling to trace contacts, general practitioners can refer the case to contact tracers at the local health department.

Many STIs are asymptomatic but diagnosable with simple tests. Doctors sometimes screen patients who they think are at risk of STIs. Risk factors which may prompt a general practitioner to screen for STIs include:

Biomedical technologies which have proven ineffective, or for which insufficient evidence of effectiveness has been produced, include: 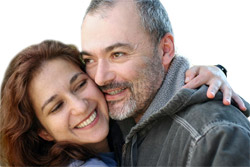 Behavioural approaches to STI prevention focus on motivating individuals to modify behaviours which increase their risk of STI (e.g. increase condom use or reduce number of sexual partners). They may involve communication through peer education, community groups or the mass media, and typically attempt to develop targeted messages appropriate to individuals with high risk behaviours or focusing on specific scenarios in which high risk behaviour is more likely (e.g. intoxication). While a number of behaviour change programs have been successful (including Australia’s campaign to encourage condom use amongst homosexual men), evidence demonstrates that behaviour change is difficult to sustain in the long term.
Behavioural approaches often incorporate a “life skills” component which focuses on developing core sexual communication skills in participants (e.g. negotiation of condom use). Such programs recognise that, despite knowledge of the transmission routes and health effects of STIs and a desire to change behaviour, some individuals are often unsure of how to negotiate with their partners to implement protective behaviours.
Depending on the type of behaviour change they advocate, programs can generally be classified as:

Structural factors (i.e. political, economic, social and environmental factors) play an important role in the transmission of STIs because they shape and constrain individuals’ sexual behaviours. Structural approaches to STI prevention aim to alter the conditions in which individuals exist, to make them more favourable to STI prevention. They are most common in developing countries where structures tend to be less conducive to STI prevention (e.g. the status of women is lower, more people live in poverty). Attempts to change structural factors have also been apparent in many STI prevention campaigns in Australia.
Australia’s success in reducing the spread of HIV amongst homosexually active men in the 1980s and 1990s had many structural aspects. Rather than being based on a single intervention (e.g. providing condoms in sex-on-site venues) the campaign was broad-based, involved a range of interventions and, most importantly, was carried out in an environment supporting open discussion of HIV, its risk factors and prevention approaches, and involving social and political mobilisation of the affected group (i.e. homosexually active men).
Other examples of issues which may comprise part of a structural approach to STI prevention include: