Ototoxicity refers to drug or chemical-related damage to the inner ear, resulting in damage to the organs responsible for hearing and balance. Such damage can lead to temporary or permanent hearing loss, and/or loss of balance. Ototoxic substances include several therapeutic medicines (e.g. aminoglycoside antibiotics, some anti-cancer agents, loop diuretics, anti-malarial drugs and aspirin), and other environmental substances (e.g. mercury, lead and arsenic). The table below lists some of the most commonly used ototoxic medications and substances.

Table 1. Common substances known to be associated with ototoxicity 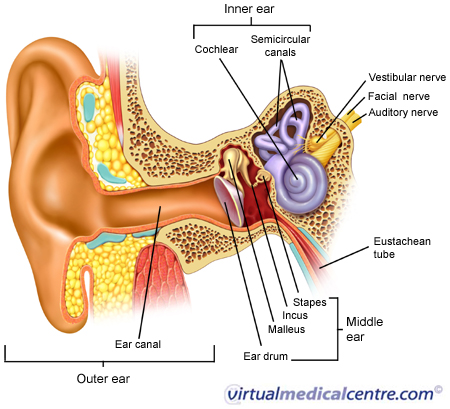 Ototoxicity can affect anyone receiving treatment from the medications listed above. However, the likelihood of developing ototoxicity is highly dependant on which drug is being administered, duration of use, and several other underlying factors, such as kidney function and the use of other ototoxic drugs at the same time.

Around 10% of people taking aminoglycoside antibiotics experience ototoxicity, although up to 33% has also been reported in adult patients, with a 3% chance of that damage being permanent. Generally, ototoxicity occurs more commonly in adults than  in children and babies, where the incidence rate is about 2%. Vestibular toxicity from aminoglycosides is documented to occur in as many as 4% of adult patients, and around 2% of patients treated with gentamicin report hearing loss.

In patients being treated with the anti-cancer agent cisplatin, ototoxicity can occur in as many as 50% of patients. The rate and severity of ototoxicity is higher in children, and in patients who have had previous radiation therapy to the head and neck. Approximately 60% of children receiving platinum-based chemotherapy experience hearing loss.

There is a 6% and 0.7% incidence of ototoxicity from the diuretics, furosemide and ethacrynic acid, respectively. Up to 1% of patients report ototoxicity from aspirin, though this occurs most commonly in the elderly.

There are certain factors that may put patients at increased risk for ototoxicity:

Symptoms of ototoxicity may occur rapidly or appear months following administration. Often in the early stages, ototoxicity goes undiagnosed, such as when hearing loss is very minimal or restricted to high pitched sounds.  It is usually when hearing loss reaches the lower speech frequencies that patients notice anything, and by that stage permanent damage has already occurred.

Aminoglycosides are known for their potential to cause permanent hearing loss, normally preceded by high pitched tinnitus and a gradual loss of hearing that begins in the higher frequencies. Loss of vestibular sensitivity can also be permanent, and can cause the patient’s vision to oscillate or bounce.

Symptoms of aspirin and quinine toxicity are dependent on dose and are usually reversible. They are characterised by tinnitus and mild hearing loss. Large doses of quinine, however, have been known to cause permanent hearing loss, particularly in elderly patients taking long-term medication for leg cramps.

Loop diuretics can cause ringing in the ears or reduce hearing. This is usually reversible once treatment is stopped.

The most common symptoms experienced from ototoxicity are:

Several specific audiologic tests are available which your doctor may perform. They include various hearing and balance tests. These should be conducted prior to the beginning of treatment with a known ototoxic agent, as well as during treatment and after treatment has stopped.

For infants and critically ill patients who are bed-bound or comatose, alternative tests are available:

How well a patient recovers from ototoxicity is dependant on the type of drug and the dose and duration of treatment. Usually hearing loss from cisplatin treatment is irreversible, whereas that occurring from salicylates and quinine is most often reversible.

If symptoms are detected early, then the chance of recovery is much higher. However, most patients do not notice any significant changes until it is too late.

There are currently no treatments available for ototoxicity, apart from withdrawing the medication as soon as toxicity is suspected. Prevention is crucial in avoiding permanent hearing loss. When a known ototoxic agent is prescribed, frequent hearing and balance tests should be conducted, particularly in patients who are at high risk.Kidney function should also be measured before commencing an ototoxic drug.

High pitched hearing loss often goes unnoticed, and it is not until a spoken word cannot be heard that patients seek out treatment. By this stage, damage is usually irreversible. This is why regular hearing tests are so important.

Wherever possible, ototoxic medications should be avoided, especially in combination.

Available treatments are aimed at reducing the effect of the damage and restoring function. For severe and permanent hearing loss, amplification using hearing aids or cochlear implants may be the only treatment option. To restore lost balance function, physical therapy can be used to help retrain the brain to develop other ways to maintain balance. This is often successful in younger patients.

Research has found that taking taurine or another antioxidant (e.g. Vitamin E) with the ototoxic drug may be able to reduce toxicity.Inhibitors of cell death pathways are also being investigated, as well as gene therapy for aminoglycoside ototoxicity.