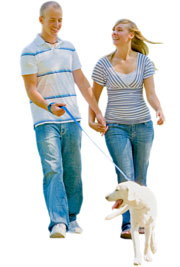 Metabolism basically refers to all the chemical reactions within the body used to produce energy. This involves a complex set of processes that convert fuels into specialised compounds loaded with energy. In the body, the primary final agent to produce energy is called adenosine triphosphate (ATP). When ATP is broken down or used by cells huge amounts of energy is released. This energy is essential for cells to grow and divide, synthesise important compounds, for muscles to contract and numerous other important functions.

Metabolism therefore produces energy to perform all the functions of different tissues within the body. Metabolism works by breaking down foods in the diet or compounds in the body into their smaller components. These can then enter into special reactions to produce ATP. The left over components are recycled by the body and used to regenerate the original compounds. 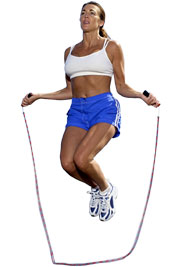 The body has three main types of molecules it uses for energy:

In general, carbohydrates form the main energy source for the body. They are the most efficient at producing ATP or energy (meaning they produce lots more ATP per amount of the fuel broken down). The body preferentially breaks down carbohydrates first, and then fats and finally proteins only if the other two fuels are depleted. This is important as proteins are generally less efficient at generating energy. In addition, proteins perform several important functions so if they were broken down several systems could fail.

The diagram below provides a summary of the body’s main energy sources. These get broken down by enzymes into smaller particles. These small carbon chains can then enter into special pathways to generate energy (discussed below). 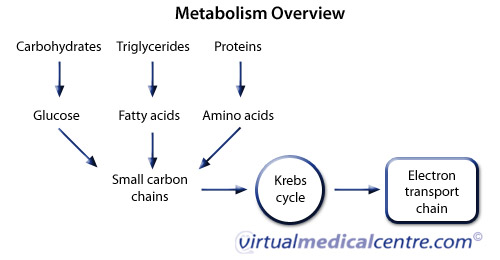 Aerobic metabolism refers to metabolic processes that occur in the presence of oxygen. Oxygen acts as an oxidising agent in the combustion of the various fuels. Special reactions occur which finally lead to oxygen accepting electrons (small negatively charged particles). This causes energy to be released and ATP to be produced. The waste products are water and carbon dioxide which can be easily excreted from the body. Carbohydrates are the main fuel used for aerobic metabolism.

In the absence of oxygen certain reactions are not possible. A different process occurs involving pyruvic acid which also leads to the production of ATP. These mechanisms allow cells to survive a few extra minutes when they are deprived of oxygen. Anaerobic metabolism causes lactic acid to build up. In addition it is a less efficient way of producing energy. Less ATP is produced per molecule of original fuel. 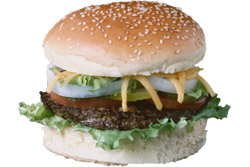 When carbohydrates are broken down in the intestines they are converted to smaller simple sugars that can be absorbed. Glucose is the main agent produced. Glucose gets taken up into cells and either gets immediately broken down to produce energy or gets converted into glycogen (storage form of glucose). The main glycogen stores in the body are in the liver and muscles. These sources can be utilised for energy if required.

The glycogen is broken down to reproduce glucose. Glucose undergoes a series of reactions to finally produce ATP. These reactions rely on an adequate supply of oxygen and glucose. If oxygen is lacking glucose can still be broken down by a different set of reactions as described above. However if glucose is lacking the body will turn to other fuel sources for energy.

Lipids are basically the fats in the body which include cholesterol, triglycerides and phospholipids. The main components of these are fatty acids which are released when the lipids are broken down. Fatty acids are absorbed through the intestine and are taken up via the lymphatic system. Fats can be utilised for energy or may be stored as adipose tissue. The metabolism of lipids involves the following processes:

Lipid metabolism is efficient in terms of ATP production. However, lipids aren’t soluble in the blood so their stores can be difficult to access. Therefore they aren’t relied on for the production of large amounts of ATP in a short time but rather are used when carbohydrate supplies are limited.

Ketosis refers to an increased concentration of ketone bodies within the blood. The most common ketone produced is acetic acid. It is caused by metabolism of predominantly fats in the absence of sufficient carbohydrate metabolism. It is thus a feature of starvation, diabetes mellitus (as insulin is not available to transport glucose to cells) and occasionally occurs when diets consist almost entirely of fat.

When carbohydrates are unavailable for energy the body switches to metabolism of fatty acids. The body takes these from adipose tissue (the body’s fat stores). The fatty acids generated can either be broken down for energy or may be converted to ketone bodies within the liver. Some ketones can be excreted in the breath and give it a sweet smell (acetone breath). 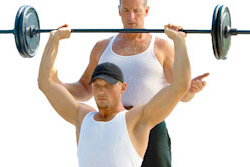 The correct balance of amino acids is needed so that all important proteins can be synthesised. When proteins are digested, the bonds between amino acids are broken and they are released. Normally the amino acids will be recycled and used to produce new proteins. However if energy sources are limited, the amino acids may be used to generate energy. This should only occur when carbohydrate and fat energy stores are depleted as proteins make up several important structures in the body. If they are extensively metabolised it may interfere with the function of tissues.

Several diets use the above principals of metabolism to generate weight loss. To lose weight your body must burn more calories (through exercise) than it takes in from the diet. Some diets limit the overall number of calories which obviously will cause weight loss as the body’s energy stores will be utilised. Other diets work by trying to alter the normal balance between carbohydrate, lipid and protein metabolism. Remember that the body burns carbohydrates first, followed by fats and proteins only when the other two are depleted. Therefore if the carbohydrates in the diet are limited, the body will start to burn fat stores. Low calorie diets (LCD), and meal replacement programs such as the Tony Ferguson diet work exactly by this mechanism.