Immunisation is an important method of disease prevention. By receiving a vaccination, usually in the form of an injection, a person can be ‘immunised’ against a disease, and reduce their likelihood of developing the illness. Immunisation can also reduce the spread of the disease in the population.
Immunisation is important in adults as well as children. The Australian Standard Vaccination Schedule recommends a number of vaccinations for older Australians. These recommended vaccines, the diseases they prevent and their side effects are outlined below. 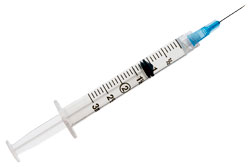 Immunisation is a technique that allows us to protect both children and adults from harmful infections that they may come into contact with, which may otherwise produce serious illness or even death. To ‘immunise’ someone means to produce in someone the ability to fight off an infection. This can be done through giving vaccinations, which are usually in the form of an injection.

Why is immunisation important?

Immunisation is a very important part of disease prevention. By immunising as many people as possible in the population, we can help reduce the number of people who will become infected, and reduce the spread of any infections that do occur. So far, immunisation programs in Australia have been very successful. Largely thanks to these programs, deaths from diseases like diphtheria, Haemophilus influenzae type b infection and measles are now rare in Australia; and poliomyelitis (polio) is virtually unknown in the developed world.
The process of immunisation usually begins in childhood, but it is important to keep up to date with vaccinations throughout adult life to make sure you stay protected.

How does immunisation work?

Immunisation is actually a natural process which happens almost every time we are exposed to a new bug such as a virus or bacteria. It explains why a second infection of a bug is much less likely to cause disease than the first infection. (For example, once a person has had one attack of chicken pox, they are much less likely to develop the disease again.) This happens because of the way our immune system works.
The first time the immune system is exposed to a bug, it reacts slowly, and can take a long time to clear the bug from the body. The second time it is exposed, though, it recognises the bug much faster and can clear it much more efficiently, before the disease has a chance to develop or become serious.
We can make this process of immunisation happen artificially by giving someone a modified or killed version of the bug in a ‘vaccine’. Their system will recognise and respond to the modified version in the same way it would to a natural infection – but without getting sick. Then, if the person ever comes into contact with the real bug in the community, their body will be able to make a rapid response to it, clearing the bug away before the disease has a chance to develop or become serious.

What is in vaccines?

Vaccines may contain either a modified (weakened) version of a live virus, a small dose of killed bacteria or part of the bacteria, or even a small dose of a weakened toxin produced by bacteria. They may also contain small amounts of preservative, antibiotic, or aluminium salt, which help keep the vaccine stable over time and help it work better.
Examples of vaccines which contain a modified version of a live virus include the measles, mumps and rubella (MMR) vaccine, and the varicella (chicken pox) vaccine. These vaccines are very effective at achieving long-lasting immunity to the diseases, because they produce a strong immune response.
Vaccines which contain killed bacteria or viruses, or parts of the bacteria, are usually not quite as effective as the modified live vaccines. This is because the immune response they produce is not as strong. These vaccines will often require several doses over a period of time, or ‘booster’ doses throughout life, to maintain adequate immunity.

What are the risks of vaccination?

Overall, the risks associated with vaccinations given in Australia are very small compared to the dangers of the diseases they protect against. Because vaccinations are designed to produce an immune response in your body, it is not uncommon to experience some mild side-effects after a dose is given. These might include a mild fever, rash, or pain and swelling at the injection site. Paracetamol may be used to reduce fever and soreness.
Rarely, more serious problems do occur following an immunisation. Allergic reactions to part of a vaccine may be life-threatening. In addition, some live attenuated (modified) vaccines do carry a very small risk of the vaccinated person developing the illness.
Though childhood vaccinations such as the MMR (measles, mumps, rubella) vaccine have occasionally been linked to development of conditions such as autism and asthma, extensive research has failed to find any connection.

Are there some people who can’t receive vaccinations?
A person should not receive a vaccine if they have:

In addition, vaccines containing modified ‘live’ viruses should generally not be given if:

What vaccinations are recommended for adults in Australia?

The vaccination schedule described below is that funded and recommended by the Australian Government for older Australians:

The influenza vaccine
Influenza is a viral illness transmitted from person to person by respiratory droplets, such as in a cough or sneeze. It may produce a wide range of symptoms, from mild respiratory illness to pneumonia or even death. Some people are at increased risk of developing a serious illness with the flu. Risk factors include being elderly; having a chronic medical condition like heart disease, lung disease, or diabetes; pregnancy; and smoking.
There are many different ‘strains’ of influenza virus in existence, and immunity against one strain of the virus will not always protect you against a different strain. A new influenza vaccine is developed and distributed every year to protect specifically against a number (usually three) of the strains of influenza virus that are expected to be common in the community that year.
To be protected, you need to receive the flu vaccination every year. Even if you received a vaccination the previous year, it will not be effective against the strains of the virus expected in the current year. Receiving the flu vaccine will not protect you against every strain of the flu virus; nor will it protect you from the common cold (this is caused by a different kind of virus for which there is no vaccine).
The flu vaccine is one injection, usually given into the muscle of your upper arm. It is generally given in the autumn months, in anticipation of flu outbreaks in winter. It is recommended that the following people receive the influenza vaccination every year:

In addition, many workplaces in Australia provide influenza vaccinations for their staff. Any person who wishes to receive a flu vaccine but is not listed above can request one from their doctor. Side effects of the influenza vaccine are usually mild, and may include soreness at the vaccination site, fever, or muscle aches and pains.

Revaccination (‘booster’ doses) should not be given within 3 years of the last dose, but may be required 5 to 10 years after the first dose if a person is still at increased risk of developing the disease.
Up to half the adults who receive the pneumococcal vaccine experience some pain and swelling at the injection site. Mild fever is also possible. Booster doses are slightly more likely to produce pain and swelling at the injection site than the first dose.

All Aboriginal and Torres Strait Islander people who are 50 years and over should receive:

Pregnant women
Vaccination is generally avoided during pregnancy, though there is little evidence to suggest that any vaccine in regular use in Australia will cause harm to the baby if given to a pregnant woman. Occasionally, however, a pregnant woman will be exposed to an infection where the risk of developing the infection will be greater than the risk of vaccination, and in this case the vaccine should be used. In other cases, changing travel plans can eliminate the risk of exposure and therefore remove the need for vaccination. Another exception to the rule is the influenza (flu) vaccine, which is recommended for pregnant women when they are at increased risk of infection for any reason, or when they are expected to be in their second or third trimester during ‘flu season’.