Milks and drinking yoghurts are commonly used to deliver bioactive food components. For example, probiotics or live bacterial cultures such as Lactobacillus can be added to yoghurts and other dairy foods. These microorganisms aid digestion by improving the microbial balance in the intestine or gut.

Waste products from the food industry also contain bioactives. For example, whey (a waste product in cheese production), contains proteins such as lactoferrin, which have anti-viral and anti-inflammatory properties.

What are bioactives used for?

Bioactives are normally present in our diets in small or trace amounts. By adding them to foods, we receive larger quantities of these bioactives and may receive associated health benefits.

Some common bioactives and their associated health benefits are:

Less common bioactives include dermatan sulphate, which is extracted from cow hides. Dermatan sulphate has anti-inflammatory effects, and can prevent blood clotting.

How are bioactives incorporated into our food? 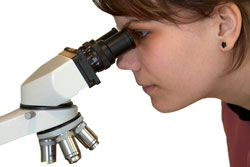 The addition of bioactives to food products is a relatively new and developing area of food science. Some bioactive food components are simply added to the product during processing. Other bioactives can react with oxygen and other food components and lose their beneficial properties. For these bioactive components to retain their health benefits, they need to be protected until they reach the part of the digestion process where they will provide the most benefit.

New research at the Australian Commonwealth Scientific and Industrial Research Organisation (CSIRO) has found that bioactives can be protected using miniature capsules or microencapsulation. Microencapsulation encases bioactives within a thin film of proteins and carbohydrates only a few microns (one millionth of a metre) in diameter. The film protects bioactives during food processing, storage and cooking so that the bioactive ingredient is available after food consumption and digestion.

Bioactive food components are usually linked with strong claims about health benefits. However, not all the claimed health effects are based on solid scientific evidence. Further, it is often unclear whether bioactive ingredients are present in foods in high enough quantities to confer a health benefit. The addition of bioactive components to food helps to promote a ‘healthy image’ for a product, thereby increasing its consumer appeal, and potential profitability. To ensure that consumers are not misled by manufacturers’ health claims, further research and regulation may be needed to ensure that bioactive ingredients can deliver their advertised health benefits.