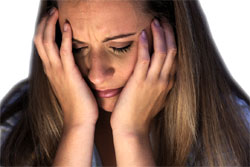 Bullying occurs when a person is repeatedly, and over time, exposed to negative comments or actions by another person. These negative actions can cause injury (e.g. physical violence by pushing) or emotional discomfort to another person (e.g. name calling, spreading rumours).

How common is bullying?

Bullying is a common problem for primary school and high school aged children. About 10% of Australian children reported being bullied at primary school based on the above stated definition. However in some countries such as the United Kingdom the rate is much higher, with up to 25% being bullied. Australian teachers when surveyed underestimated the percentage of children experiencing bullying in their school; they reported less than half the rate to what the children did. Bullying does not occur to all children.

There are some children more at risk than others. Obese and overweight children are more likely to be bullied than other children (for more information read Obesity & Bullying in children). Boys are bullied about twice as often as girls. Boys also tend to be exposed to more physical bullying (such as pushing, shoving) than girls. Generally, younger children (primary school aged) are bullied more than high school aged children.

The rate of bullying is thought to peak at 17% around the age of 7 years, and fall to about 4% by 15 years. There is a small rise in bullying in boys at age 12-13 years; which is probably related to the increased number of physically bigger and older children when they start high school.

What are the effects of bullying? 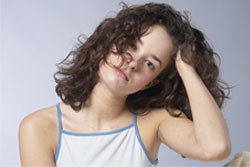 There are short and long term consequences for children who are bullied. Some of the short term symptoms that bullied children can suffer from include:

It is not just victims of bullying who can develop problems in adult life. The child who is a bully is more likely to have problems forming healthy relationships as an adult. The child who bullies is also more likely to suffer from depression and suicidal thoughts. Parents and teachers need to be able to recognise the signs of bullying in children in order to avoid these serious psychological side effects.

What are the signs of bullying? 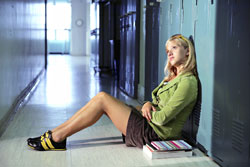 Recognising the signs of bullying in a child is an important step in breaking the chain of negative outcomes. Some signs to be aware of include; increased stress, depression, unexplained bruising, recurrent abdominal pain and vomiting, frequent or repeated accidents, hyperventilation, submissive behaviour and school refusal. Parents should also keep in mind the short term symptoms of bullying which children may suffer from when trying to recognise this problem.

What strategies can be used to reduce bullying?

Bullying is most common in primary school, so this seems to be a good opportunity to deliver anti-bullying campaigns. Studies show young children are sympathetic towards victims of bullying more-so than older children. This means that anti-bullying programs may be more effective in primary school than in high school. A number of studies have shown that a school based anti-bullying campaign can reduce bullying by 30-50%. Those campaigns which involve multiple strategies are more effective than a single-focus intervention. An alternative approach is to offer individual therapy (with a psychologist or doctor) as a treatment for bullies. This has been shown to reduce anger and improve relationships in children who bully others. Paediatricians are specialist doctors who deal with children. They are especially involved in treating and screening of children with many different problems. They have special skills in talking to children and may help parents to discuss any concerns about bullying with their child.

What does the future hold for managing bullying? 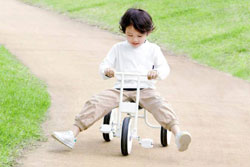