Testosterone is the primary sex hormone produced by the male body. It regulates the male sex drive, supports sperm production and causes the development of secondary sex characteristics (e.g. genitals, body hair, deep voice). Testosterone is primarily produced in the interstitial cells of Leydig (or Leydig cells), which are found in the testes. Its production occurs in response to hormone signals from the hypothalamus and pituitary gland in the brain.

What is testosterone deficiency in ageing men?

Chronic illnesses (e.g. diabetes) and the medicines used to treat them also reduce testosterone levels. Elderly men are more likely to have these chronic illnesses than their younger counterparts.

Is there such a thing as male menopause? 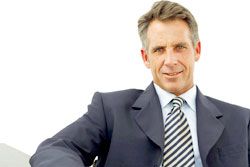 Testosterone deficiency resulting from the ageing process is sometimes compared to menopause and labelled male menopause or andropause. However, there are considerable differences between the two.

Menopause in women involves the cessation of menstrual cycles and a rapid decline in production of the female sex hormone oestrogen, compared to the gradual decline of testosterone in andropause. In addition, while menopause affects all women, testosterone decline does not affect all men. Some men will have normal testosterone values past 80 years of age.

Side effects of testosterone deficiency

Testosterone deficiency has a range of side effects, including:

Men with testosterone deficiency have an increased risk of:

Treatment and advice for ageing males with testosterone deficiency 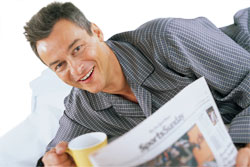