Social Networking Site Use in Teenagers

In recent years, there has been an explosion in the number of online social networking sites and traffic to these sites. Despite the large number of adults and children alike embracing these online sites, little research has been done, to date, to examine the potential adverse outcomes of such sites. This is likely to be partly due to the relatively recent uptake of these sites. As such, there will inevitably be a lag in research output focused on this topic.

In the meantime, it is worth monitoring online social networking activity closely as some of the longer-term adverse consequences are likely to be similar to those reported for online-gaming.

Teenagers are keen users of the internet; 87% of teens aged between twelve and seventeen years use the internet, increasing to 94% for Year 11 and Year 12 students. While these data are from a study in the USA, the numbers are likely to be similar for Australian youth. A recent study found that 72% ofteenagers and young adults use social networking sites, compared to 39% of people over 30 years of age. Instant messaging is one of the most popular forms of online communication amongst the youth. It consists of sending real-time (instant) messages to another internet user. Instant messaging users can create a list of welcome guests and receive alerts when a message has arrived. This is basically a form of online texting. The most active users of instant messaging are older female teens; 82% of 15–17 year old females use instant messaging.

Individuals must be at least thirteen years of age to create a MySpace profile and if a teen is less than sixteen years old, the profile must be set to private. 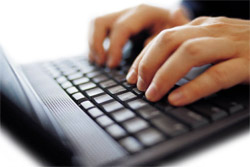 In 2000, 55% of teens reported going to online chat rooms, whereas in 2006 only 18% of teens said they visited chat rooms. Since 2000, there have been prominent campaigns to raise awareness amongst parents and teenagers about the possible dangers of chat room spaces which may have contributed to the drop in popularity of this form of online networking.

There are gender and age differences in the use of chat rooms. A study reported that self-described men were slightly older (mean age 15.7 years) than self-described females (mean age 14.8 years), a proportion of individuals present themselves online as being of the opposite gender. Participants who described themselves as older chatted about more sexual themes. Males communicated more openly about sex, whereas females communicated on a more implicit level about sex. This pattern reflects the social norms regarding sexual expression for males and females.

According to a survey conducted in 2007, 37% of adult internet users who identified themselves as “single and actively looking for a romantic partner” had visited a dating website. There are very few online dating sites exclusively for teens, two of these are eSpinTheBottle and MyLOL.net. Users created profiles and then ‘spin the bottle’ (as in the childhood kissing game) electronically to obtain a random profile of someone they might be interested in. The site also has conventional matching options, including a search function. MyLOL.net is marketed as “Google’s Number One Dating Site for Teens” and has more than 46,000 members worldwide. This website has a search function and is available for individuals between the ages of fourteen and 29 years.

Another option is TeenSpot, which offers chat rooms for its members, including ones titled “singles”, “flirting” and “hottub”.

Most popular online dating sites, such as eHarmony, Match.com.au and rsvp.com.au, require members to be at least eighteen years of age to join.

Internet dating may become an attractive option for teenagers since it provides a potentially anonymous forum to develop their sexual identity and initiate communication without fear of embarrassment that can be a risk with face-to-face encounters.

Although, often over shadowed by potential negative consequences of online interaction, the potential positive effects of online socialising have been documented. Online interactions provide the teen with a venue to:

Provides an avenue for an improved sense of self and identity

Peer acceptance and interpersonal feedback on the self, which are two important features of online social networking sites, are important predictors of self-esteem and wellbeing in the teenager.

Maintain contact with peers when changing schools or moving

Social networking sites not only provide a route for improved self-esteem and identity through positive reinforcement from friends, but are also an important way in which teens can maintain contact with peers when moving towns and/or schools. Social networking sites can give some stability during these difficult times. 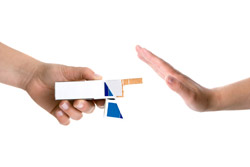 The hazards of online social networking activities include attracting unwanted attention in the form of cyber-bullies or sexual predators. These types of harassments are more common amongst teens who communicate about sex online and among users of social networking sites.In addition, the public-display of risk-taking behaviour on social networking sites can result in potentially damaging social and professional consequences.

Cyberbullying is the use of electronic media, including email, text messages or social networking sites, to bully or harass an individual. Bullying can involve sending threatening messages, spreading vicious rumours, personal attacks and posting embarrassing material, i.e. photographs and videos.

Cyberbullying has some features that make it more appealing compared to normal bullying, the main one is the bully’s anonymity provides the opportunity to communicate things they might not say to someone in person. Another issue with cyberbullying is that the bully is unable to judge the victim’s response, as is possible with face-to-face contact. cyberbullying can occur any time, anywhere, day or night and this can leave the victim feeling trapped. Many cyberbullies think bullying is entertaining and funny, not realising the negative impact on the victim. 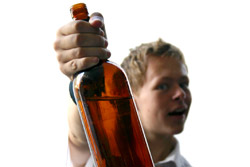 Many causes of death and illness in teens are associated with risk-taking activities, such as violence, sexual behaviour and substance abuse. The internet has the potential to provide teens with another avenue of risky behaviour. A review of MySpace profiles revealed that many users aged between fourteen and seventeen years of age showed familiarity with what is considered to be adult-orientated behaviour. Of the profiles, 20% included swear words, 18% referred to alcohol use, 2% reported marijuana use, 8% mentioned smoking and 5% included revealing photographs.

Social networking sites are a venue in which teenagers publicly display references to risky behaviours. Displaying risk behaviour information online has been associated with an increased chance of unwanted online attention from cyber-bullies and sexual predators.

Displaying risky behaviour publicly may also negatively impact on future opportunities for employment and university admissions. Social learning theory suggests that these displays may also promote modelling of risk behaviours among other adolescents who are exposed to these behaviours.

According to the USA’s Center for Crimes Against Children Research Center, in 2006 an estimated 615 arrests were made for crimes in which youth victims were solicited for sex by someone they had met online. This is probably a gross underestimate of the problem since many sex crimes against minors never get reported.

Visiting chat rooms is an interactive behaviour related to receiving aggressive sexual solicitations. Chat rooms allow for immediate direct communication between participants and many of these geared to adolescents are known for explicit sexual talk, innuendo and obscene language. There is some evidence that adolescents who visit chat rooms are more likely to suffer depression, have histories of sexual abuse and to engage in risky behaviours than those that do not visit chat rooms. Females, as well as males who are gay or questioning their sexuality, are most at risk from sexual predators. 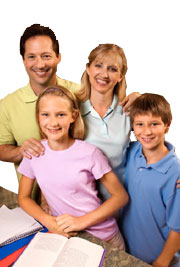 It is not the internet or a specific place online per se, but rather online behaviour and psychosocial problems that are most influential in explaining the likelihood of online victimisation.

Parents monitoring teenagers’ whereabouts and activities may be the most direct influence on adolescent behaviour and may serve to minimise risks. One study found that 36% of high school students reported that their parents set limits on internet use, but only about 20% reported that their parents wanted to know what they were doing online. Given that parental supervision is a key protective factor against teen risk-taking behaviour, it is reasonable to assume that unmonitored internet use may place adolescents at risk for cyberbullying, unwanted exposure to pornography, and potentially revealing personal information to sexual predators.

Some studies have reported that children whose parents monitored their online activities were less likely to disclose personal information, less likely to seek out inappropriate sites and less likely to conduct chat conversations with strangers.

Tips to minimise the adverse effects of online social networking: