The definition of rape in Australia varies between the States and Territories; however, in each jurisdiction acts of non-consensual sexual penetration of both men and women are considered rape.

The number of rape victims reported in 2005 by the Australian Bureau of Statistics are tabulated below:

Table 1: Number of rape victims reported in Australia in 2005

The United Nations Survey of Crime Trends and Operations of Criminal Justice Systems covering the period 1998-2000 reported 15,630 rape cases in Australia, with a per capita rate of 0.7779 per 1,000 people.

What should you know about rape?

Everybody in the community should know that:

Who is at risk of rape?

Although people of all ages and cultures are vulnerable to sexual assault, there are some who are at particularly higher risk. These are: 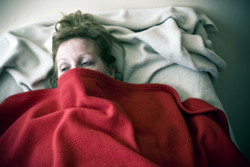 It is important to seek medical care following an act of sexual assault because of the health risks involved. These health risks can be:

Survivors of rape should seek care as soon as possible, preferably within 24-72 hours of the assault. This is important, not only for collecting evidence, but also to ensure that drugs for preventing infections and pregnancy are taken as soon as possible. A delay in seeking care will hamper the effectiveness of these drugs and therefore increase the risk of infections and pregnancy.

The effectiveness of medical care reduces remarkably after 72 hours. However, if one is unable to seek care within this time, do not give up on medical care. It is better to be late than to never receive care.

Survivors of rape can expect the following when seeking medical care:

Patients will be asked for a brief history regarding:

Patients will also be asked if they want to report the assault to the police. It is important to remember that the case will not be reported to police if the victim does not wish it, and therefore fear of police should not preclude seeking medical care. Whether or not a patient makes an immediate decision, all the medical findings about the assault will be preserved in case a formal report is made to the police at a later date.

A thorough general and genital examination will be performed to look for any injuries and to collect evidence for forensic evaluation.

Several laboratory tests will be done for forensic purposes, STIs and pregnancy. Some of these tests are:

Pregnancy test
A pregnancy test is done to rule out any pre-existing pregnancy in all women of childbearing age. Up to 2% of rape survivors have been found to be pregnant but unaware of it at the time of the assault.

Tests for STIs
The specific tests undertaken depend on the community risk. Some of these tests include tests for HIV, hepatitis B, syphilis, chlamydia, gonorrhoea and trichomonas. 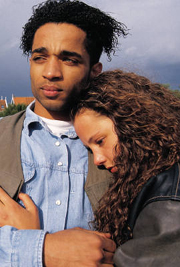 Several treatments will be offered to survivors of rape. These include:

Counselling
Sexual assault is a frightening and sometimes life-threatening violent experience. Later on, memories can resurface and impair a victim’s ability to function. Counselling will help facilitate recovery in assault victims, and help them regain control of their lives.

Patients will be asked to come back to the health centre at a later date to discuss the test results, review how the patient is coping, assess the healing, and to perform further testing. If counselling has not already been arranged, the health care professional may assess and discuss the need for it.