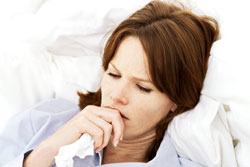 Some women are more likely to experience morning sickness than other women. These include women:

The risk of developing pregnancy induced nausea and vomiting is reduced in:

Cause of morning sickness 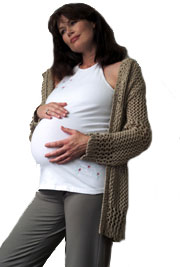 The cause of pregnancy induced nausea and vomiting is not well understood, however most health professionals agree that it is stimulated by the placenta. The placenta is the organ that protects and nourishes the foetus during pregnancy and it produces a hormone called human chorionic gonadotrophin (hCG) which is not produced by non-pregnant women.

Although morning sickness brings discomfort, there is no evidence that it harms the developing foetus. On the contrary, evidence suggests that women who experience morning sickness are less likely to have a miscarriage and/or stillbirth. However, morning sickness can significantly affect a woman’s psychological health and quality of life. It is therefore important to seek professional advice about how to reduce nausea and vomiting during pregnancy. Nutritional management (link to below) is one strategy for relieving these symptoms.

Severe nausea and vomiting during pregnancy, a condition known as hyperemesis gravidarum affects 0.5% to 2% of pregnancies. The condition is characterised by persistent vomiting, dehydration, ketonuria (presence of ketone in the urine), electrolyte disturbance (imbalances in the content of body fluids and tissues) and weight loss greater than 5% of total body weight.

Hyperemesis gravidarum is the most common reason for presentation to hospital in early pregnancy and can have serious effects on foetal development. It is also important for doctors to exclude other causes (e.g. food poisoning) when women present with severe nausea and vomiting during pregnancy.

Hyperemesis gravidarum can occur as a normal complication of pregnancy but is also associated with:

Severe nausea and vomiting can have negative effects on the woman’s quality of life. Up to 60% of women with hyperemesis gravidarum develop secondary depression and some may choose to terminate their pregnancy because they are unable to cope with the nausea and vomiting it causes. Many women who experience hyperemesis gravidarum describe feelings of: 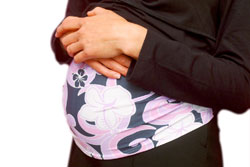 A doctor will recommend different strategies for dealing with morning sickness, depending on the severity of the condition. There is no definite cure for morning sickness because its causes are varied and not well understood.

Mild and moderate cases of morning sickness usually resolve without intervention by the 16th week of pregnancy. However, women who have concerns about mild-moderate morning sickness in the first trimester of pregnancy should discuss their condition with a health professional, if only to obtain information about the condition and reassurance that their morning sickness is normal and will not have negative affects on the development of their foetus.

Dietary interventions may also be effective in mild-moderate cases of morning sickness.

Dietary interventions or nutritional management strategies which may reduce morning sickness in pregnant women include:

Consuming large quantities of ginger can relieve nausea during pregnancy. However, more research is needed to determine whether or not it is safe for pregnant women to consume large amounts of ginger.

Severe and prolonged vomiting during pregnancy can result in nutritional losses, dehydration and maternal malnutrition. Hyperemesis gravidarum may negatively influence foetal development and the most likely risks are intrauterine growth retardation and the baby being born at a low birth weight.

In severe cases of morning sickness it is very important that a doctor ensures the nausea and vomiting are caused by pregnancy, and not another condition (e.g. food poisoning). A doctor will typically need to ask questions about the pregnancy, the woman’s diet and other symptoms she experiences. Blood and urine tests or an ultrasound may also sometimes be necessary. 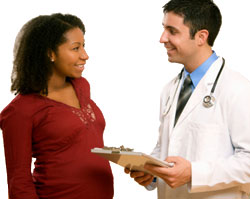 Women with severe nausea and vomiting will typically require medication to relieve their condition. The most commonly prescribed medications are:

Other medications which may be prescribed include:

Nutritional interventions which help women to consume more food may also be required to ensure women with severe vomiting do not become malnourished.

Women with severe nausea and vomiting may require additional nutrition to account for nutritional losses associated with vomiting. However, as women with morning sickness are ill and unlikely to feel like eating, maintaining a healthy, balanced diet is likely to be challenging. Individuals who lose weight or have difficulty maintaining a healthy diet should seek nutritional advice from a health professional.