Normal anatomy of the penis

The penis forms part of the male external genitalia and is the common outlet for urine and semen. It consists of an internal root, and the externally visible body and glans. 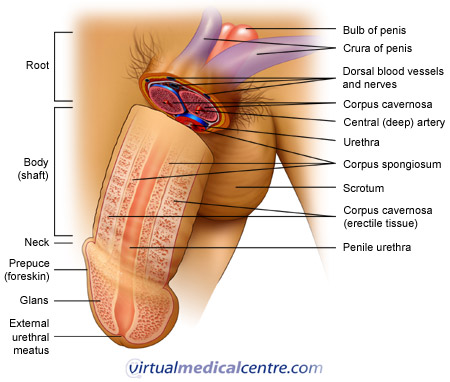 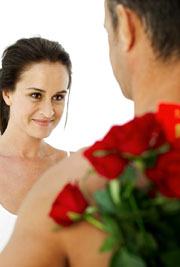 It seems that penis size has been a source of male anxiety throughout history and across cultures. Weights have been used by the Sadhus holy men of India and by the males of the Cholomec tribe in Peru in order to increase penile length. Members of the Dayak tribe in Borneo pierced their penises and used decorative items to increase their partners’ pleasure. Topinama tribesmen in Brazil used poisonous snake bites to enlarge their penises.

Today in our society, the only consensus regarding such procedures is for the surgical correction of a micropenis – a smaller than average penis than is structurally normal. However, most men requesting penile enhancement surgery have a penis of normal size and function. Typically, these patients interpret normal appearances as abnormal; this is known as psychological dysmorphism.

The indications for enhancement surgery are ill defined and the measures for success are still unclear, but the procedures are frequently performed, often in private settings.

Abdomino/pubopelvic liposuction is one of the safest ways of providing visual extension of the penis. It is for men who have a lot of pubic fat or a protruding abdomen, giving the illusion of a smaller penis. The procedure involves a plastic surgeon removing the excess fat surrounding this area. Details of the success and rates of complications of this as a single procedure are sparse, as it is commonly performed in combination with other penile enhancement procedures.

This procedure involves the surgical detachment of the suspensory ligament. The suspensory ligament attaches the penis to the pubic bone, and has important functions in supporting and stabilising the penis at the appropriate angles for vaginal penetration and sexual intercourse. The space created by detachment is filled with fat tissue or another substance to avoid reattachment of the ligament. Following detachment, stretching is recommended with either vacuum devices, traction appliances or specialised weights.

In the medical literature, several different surgical techniques have been used with different methods of measurement, so it is difficult to compare the resultant changes in penile length. A recent studyreported an average increase in penile length of 1.3±0.9 cm. However, satisfaction rates among men were very low. So, while most can expect a gain in length from this procedure, alternative methods should be explored given the low satisfaction rates.

Complications from this procedure are relatively rare but include decreased angle of elevation of the erect penis, a paradoxical shortening of penile length if there is significant fibrosis, and penile instability.

If extension of the penis is limited by the skin overlying the penis and pubic area (penopubic skin), skin flaps may be used to advance the penopubic skin onto the shaft of the penis. This procedure is most commonly performed in conjunction with an elongation procedure to achieve full skin covering of the extended penis, but also in conditions such as penoscrotal webbing or in cases of overly aggressive circumcision.

There are a variety of techniques that may be used. Most cause unattractive hair-bearing tissue to extend over the penis, or other complications related to the anatomical design of the procedure. As a result, this is often not an attractive option.

Some consider penile girth enhancement to be even more controversial than penile lengthening. Indications for the use of these procedures are lacking in the medical literature. Increased symmetry and uniform girth would provide an optimal result, though this is often a significant challenge given current techniques.

This procedure involves collecting fat cells from the abdomen and then injecting them into several areas of the penis. An increase in circumference of 2.6 cm has been reported with the injection of 40–68 mL of fat. During the injection process, a large number of fat cells rupture or are resorbed, so that only ~10% of the fat cells remain intact.

There is often a trade off between increased size and side effects. If smaller amounts of fat are injected into multiple locations the side effects are minimal; however, only a small increase in girth is gained. As larger amounts are injected, the risk of side effects increases. Complications include the formation of nodules, increased curvature of the penis, unsymmetrical results and other rare conditions. If large volumes of fat cells survive, patients can complain of decreased erectile stiffness as the increased fat overwhelms the firmness of the erectile tissues.

The use of liquid injectable silicone has not been recommended for penile girth enhancement due to reports of severe complications. Some of these are related to the large volumes required, and others to drifting or distant migration, swelling and distortion, and other reactions. There is also an increased likelihood of damaging the blood supply and nerves, resulting in loss of sensation and erectile dysfunction.

In a recent study involving 324 patients, large volumes of silicone were injected to achieve an increase in penile circumference of 2.6 cm without any reported short-term complications. All patients were reported as fully satisfied; some reported increased erectile function and prolonged time to ejaculation. However, this is only one small study and the results should be evaluated further.

The use of this injectable material was reported to increase the size of the glans penis; the injection of 2 cm3 results in a 1.5 cm increase in glanular circumference after one year. Post-operative satisfaction was high with no serious adverse events. However, some believe that glanular enhancement as a separate procedure may be problematic.

This procedure involves grafting skin and subcutaneous tissue from the abdomen or folds near the buttock onto the penis. The results are largely dependent on the amount of fat tissue that remains intact. Published studies show inconsistent results one year after the operation, though a 2.5–5.1 cm increase in girth is generally achieved.

Grafting is quite a long procedure; it takes roughly seven hours and has high rates of post-operative complications. Some of the complications include persistent penile swelling, skin injury, increased penile curvature, shortening of the penis and asymmetry, as well as cosmetically unpleasant scarring. There is also a significant risk that the grafted skin may be rejected by the new site, leading to impaired healing.

The use of alloderm, a substance created from donated human skin, has several benefits compared to dermal fat grafting. There is greater success in achieving penile symmetry and a lower incidence of adverse effects. However, this procedure is still associated with some adverse events, including fibrosis, infection, and skin and graft loss.

Venous grafting involves enlargening the corpora cavernosa using segments of a vein normally found in the leg. The penile girth is increased in the erect state only; hence it is more suitable for those men with dysmorphophobia related to the erect state.

In the first report of this procedure, there were no signs of post-operative complications in any of the 39 men who underwent the procedure. However the results have not yet been reproduced, and the technique is still considered experimental.

How to spot a scam 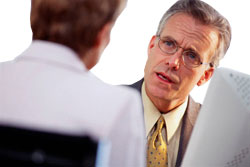 It is important that you check their credentials and in many cases seek an independent second opinion. Beware of practitioners who are not backed by any of the medical peak bodies.

There are some products available for penile enhancement, including pills, ointments, pumps, stretching and hanging weights. However, there is no scientific research to support the use of any non-surgical methods to enlarge the penis.