What is nipple discharge?

Nipple discharge is defined as any leakage of fluid from the breast. It is one of the most commonly encountered breast-related symptoms. It can account for up to 7% of all breast symptoms and may be due to innocent (benign) causes or an underlying cancer (malignant cause). In general, nipple discharge is mostly due to innocent causes. National guidelines and research show that there is an underlying cancer in 1–9% of all nipple discharge cases, depending on the individual’s age and the characteristics of the discharge. 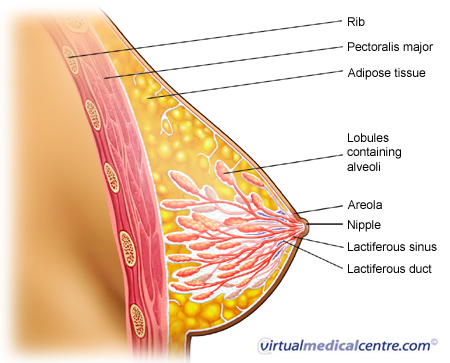 Benign causes
Benign diseases that may cause nipple discharge include:

Of these conditions, abnormal nipple discharges are most commonly caused by mammary duct ectasia.
Other causes of nipple discharge include the use of medications such as metoclopramide and domperidone, which are often used as anti-nausea drugs.

Malignant causes
The pre-cancerous or cancerous diseases that may cause nipple discharge include:

Seeing a doctor for nipple discharge 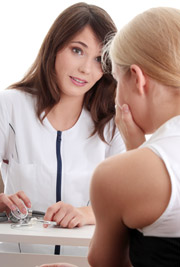 A summary of these features is presented below.

Questions your doctor might ask (clinical history)
Your doctor may ask questions to determine your risk factors for breast cancer, medication use, recent history of trauma, and menstrual history. In addition, they will rule out the presence of other breast symptoms such as skin redness, pain or a lump. Other details that may be explored during history taking include previous results of mammograms.

The main characteristics of an innocent nipple discharge are that it is usually bilateral (occurring in both breasts) and present only on expression. There are also no signs of obvious lumps or presence of blood on clinical examination.
On the other hand, nipple discharge caused by cancer tends to occur spontaneously, only on one side, and is often from a single duct. The discharge is usually clear, compared to other colours such as milky or green.
The most common causes of bloody nipple discharge are benign. However, as blood discharge can also be caused by a breast cancer, it is always safest to investigate this symptom further.

Investigating the cause of nipple discharge Imaging tests
Mammography
A mammogram is an x-ray of both breasts. It is often the first imaging test used to reveal an underlying abnormality in the breast. Features that are looked for in a mammogram include the presence of a lump, deposits of calcium, abnormal tissue changes and asymmetry.
Individuals above the age of 35 with suspicious nipple discharge are often offered mammography.
Mammography is very useful for detecting cancer and has a very low false positive rate. However, mammography is less useful in younger women as the breast tissue is more dense and thus ultrasound is usually preferred.

Ultrasound
Ultrasonography is another imaging test useful for diagnosing diseases of the milk ducts. It can be used to distinguish between solid lumps and fluid-filled sacs. It also allows for accurate sampling of the underlying abnormality and helps locate the abnormality during surgery. Ultrasound may be used to visualise breast abnormalities in younger women who have denser breast tissue.

Ductography
Ductography is a technically challenging investigation primarily used for suspicious nipple discharges. A radiologist inserts a needle into the discharging duct. Iodine-containing contrast medium (a substance that allows increased contrast between structures on medical imaging) is then injected and an x-ray is taken.
The test is abnormal if there is a filling defect of the milk ducts, obstruction of the milk ducts, or abnormality of the milk duct walls. Ductography helps to localise the exact position of the underlying abnormality, thus increasing the success rates of a diagnostic major duct excision.

Magnetic resonance imaging
Breast MRI is very useful for detecting widespread disease and is an effective diagnostic imaging test for identifying cancers that cannot be detected clinically or by mammography. However, due to a high false positive rate, breast MRI is still less useful than mammography. 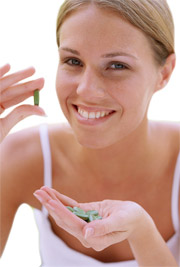 If the nipple discharge has been found to be due to a medication associated with increased milk production and secretion, discuss options of reducing or ceasing the medication with your doctor. The treatment of hypothyroidism usually involves thyroxine replacement. The treatment of hyperprolactinaemia as a result of a pituitary cancer may involve the use of dopamine agonists which usually decrease both the secretion and size of the tumour.
If your doctor has not found any abnormality on both clinical examination and imaging, close observation is an option for people who wish to avoid surgical treatment. However, clinical follow-up is advised in 2–3 months for spontaneous discharges where clinical and imaging evaluation are negative. It is also advisable to continue with routine screening. Mammography is recommended to screen for breast cancer once every two years for women aged between 50 and 69.

Surgical treatments
Major duct excision can be offered to everyone who has suspicious discharge and to those who suffer from benign discharge that is persistent and bothersome. This would definitely rule out the presence of a cancer and cause the discharge to stop.
Major duct excision is usually performed under local anaesthetic as an outpatient procedure. The affected duct may be identified before the operation via ductography. The surgeon would usually make a cut around the nipple. The surgeon would then remove most of the tissue at least 2–3 cm back from the nipple. Major duct excision involves removal of all or most of the subareolar (area deep to the nipple) ductal tissue.

Complications and contraindications of surgery
There are relatively few complications associated with major duct excision. Surgical risks (such as allergies to the anaesthetic used, bleeding, damage to surrounding structures, and infections) are rare.
Depending on the extent of the excision, duct excision can decrease nipple sensation and hamper the ability to breastfeed. If you intend to breastfeed in the future, you must discuss this with your doctor.
Disruption of the nerve supply to the nipple is another complication which may cause numbness and nipple retraction. Cauterising the undersurface of the nipple during surgery may also result in nipple necrosis (death of tissue, usually due to disruption of blood supply).

Diseases and conditions associated with nipple discharge include: