What is the Mediterranean diet?

The Mediterranean diet is a diet based on plant foods. It is high in N-3 fatty acids, antioxidants and phytochemicals.

Fat intake under the Mediterranean diet is moderately high (up to 35% to 40% of total calories). It consists predominately of monounsaturated fats (e.g. olive oil) as opposed to polyunsaturated (e.g. canola oil) and saturated (e.g. animal) fats.

The diet is also low in cholesterol, and added salt and sugar as it is based on fresh foods and minimally processed foods. It has received a lot of attention in recent years because scientists have shown that following a Mediterranean diet is associated with a number of health benefits.

Where is the Mediterranean diet most commonly followed?

The important combination of foods traditionally eaten in the Mediterranean is not necessarily adhered to by people who eat Mediterranean foods. However, it is the combination of foods on which the diet is based, rather than the individual foods it includes, which is important in relation to the health benefits associated with the diet. For example, eating lots of olives and feta cheese without the whole grains, leafy vegetables and legumes, or in combination with highly processed saturated fats or sugary drinks, is unlikely to be beneficial to one’s health, and is not a Mediterranean diet.

What is eaten and how much can be eaten?

The Mediterranean diet combines a high intake of fresh vegetables, fruits, legumes (e.g. lentils and chick peas) and cereals (e.g. oats) with a relatively high fish intake and minimal saturated fats intake. Red meat is eaten less frequently and in small portions, as are sweets and butter. Cheese, yoghurt, eggs and red wine are consumed most days, in moderation. Extra virgin olive oil, which is a monounsaturated fat, is used in place of butter which is high in saturated fats.

Two people following the Mediterranean diet can consume a different amount of energy (i.e. calories) and still be following the diet. The total number of calories eaten will depend on whether one is trying to lose or gain weight, or simply maintain a healthy lifestyle.

To achieve weight loss aim to reduce current energy consumed by about 1200 kilojoules (500 calories) per day. For women who are innactive the recommended calories for weight loss are approximately 1500-1600 kcal and for men 1800-2000 kcal. To make sure you are not overeating keep an eye on your weight and waistline!

Instead of saturated fats, extra virgin olive oil is used for cooking and salad dressings. Nuts containing healthy fats (e.g. almonds, walnuts) are consumed in moderate quantities. On a typical day, someone adhering to a traditional Mediterranean diet might obtain their fat intake from 30–45 grams of olive oil (1–2 tablespoons), and a handful of walnuts or almonds.

Small quantities of saturated fats are eaten every day in the form of yoghurt and cheese (low fat, natural varieties are best, particularly if weight loss is the goal. If fruit yoghurt is consumed, it should be low fat without added sugar).

Poultry, and even more so red meat, are consumed less often and in small portions (e.g. either poultry or meat might be eaten a few times a week). Up to four eggs can be consumed per week.

Fish and seafood (e.g. fin fish, shellfish, fish eggs made into caviar salad) is commonly eaten by followers of the Mediterranean diet, particularly around the coastal regoins. It is eaten 2–3 times per week, in servings of 100 grams.

Different dairy products are consumed daily, but in moderation and usually in the form of cheese or yoghurt and generally not butter or milk. It is typical to eat the equivalent of a small tub of yoghurt and a small piece of cheese every day.

Legumes or nuts are usually eaten every day in moderate quantities (e.g. a small handful of nuts as a snack, or a serving of beans as a meal or in a salad). Nuts are usually almonds and walnuts with healthy fats, eaten as a snack or added to cooking. Legumes include chickpeas (the legume used to make hummus), lentils, peas and beans.

Cereals have traditionally been mostly whole grains. They include home-made sourdough bread, pasta and polenta. They are eaten daily, at all meals, in moderate portions. 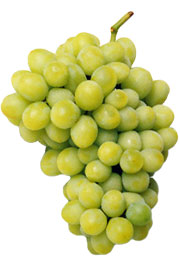 Grapes, figs, tomatoes, cucumbers and melons are common and consumed several times every day. Tomatoes and cucumbers are eaten with most meals (e.g. on toast for breakfast, in salads), while melons and figs are common deserts.

Lots of leafy green vegetables, including lettuce and wild edible leafy greens, carrots, beetroot and onions, are eaten in large quantities every day. Herbs and spices are added to most dishes and salads.

Red wine is the predominant form of alcohol. A glass of red wine can be consumed daily, although it should be consumed with meals.

Health benefits of the Mediterranean diet

The health benefits of a Mediterranean diet were first highlighted in the 1950s, when scientists noticed that the rates of coronary heart disease and other chronic conditions were very low in Crete in Greece. Since then, the lower rates of chronic diseases have been linked to the dietary patterns of people living in the Mediterranean region (i.e. adhering to a plant-based Mediterranean diet rich in extra virgin olive oil). Studies have shown that following a Mediterranean diet can:

How does the Mediterranean diet work?

The nutritional balance of a diet (i.e. the combination of healthy fats, wholegrain cereals, natural sugars, antioxidant vitamins and other nutrients), and particularly the types of fats consumed, have different effects on the body. For example, monounsaturated fats are associated with less abdominal obesity (instead, fat is stored around the hips and buttocks) than saturated fats. In terms of diabetes and cardiovascular disease, evidence suggests that abdominal fat poses greater health risks than fat which is stored around the buttocks. Saturated fats are also associated with endothelial dysfunction, which increases the risk of heart disease, metabolic syndrome and diabetes.

Fish is a good source of long chain omega 3 fatty acids, which play an important role in reducing heart disease risk and reducing complications associated with diabetes. Refined grains (which are largely excluded from traditional Mediterranean diets in favour of whole grains) are associated with increased glucose and triglyceride levels after eating, which increases the risk of cardiovascular problems and diabetes. Butter and full fat milk have a greater impact on cholesterol levels than other dairy foods like cheese and yoghurt, which are most common in Mediterranean diets.

Limitations of the Mediterranean diet

When all components of the Mediterranean diet are consumed in the correct proportions, (and particularly when they are consumed in overall moderation), the diet is beneficial for one’s health.

It is also important to remember that regular, moderate intensity exercise is necessary for good health. The Mediterranean diet is not a substitute for daily physical activity.

Tips for changing to a Mediterranean diet 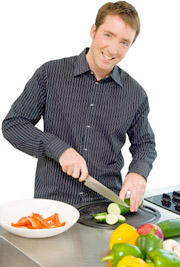 There are many ways that a diet can be modified to more closely resemble the important combination of nutrients found in a typical Mediterranean diet. To begin, try:

Kindly reviewed by Dr Catherine Itsiopoulos APN AN, the Head of Department and Associate Professor in Dietetics and Human Nutrition at LaTrobe University and Editorial Advisory Board Member of Virtual Medical Centre.