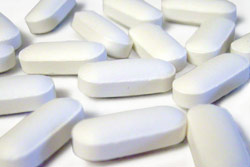 For a number of years, there has been concern in the healthcare industry about the use of generic epileptic medication. A generic drug is a copy of the original product manufactured to treat a disease. The generic copy is made of exactly the same active ingredient as the original but may have slightly different inactive ingredients and manufacturing processes. For most medications, generics present a safe and cheap alternative to the original medicine. However, for some medications, including antiepileptic drugs (AEDs), there is concern about the safety of substituting a generic brand.

It is very important for all people with epilepsy and their families to understand the nature of AEDs, and the precautions that need to be taken if switching medications is necessary.

Epilepsy and its treatment

Epilepsy is a common neurological disorder. It affects 400,000 Australians and is estimated to affect 1–2% of people worldwide. Epilepsy is characterised by the continuing tendency of a person to have seizures. An epileptic seizure is caused by an abnormal electrical discharge from a group of nerve cells in the brain. There are many different types and causes of epilepsy.

AEDs are a very unique and complicated group of neuropharmaceuticals. Some characteristics of AEDs are:

Before a generic drug can be marketed, it must undergo a process of bioequivalence testing to make sure it has the same biological effects as the original branded drug. In bioequivalence testing, the bioavailability of the two drugs are compared to each other; the drugs are said to be bioequivalent if the tests show that they are statistically less than 20% different.

In most cases, this is only a very subtle change and the two drugs can be switched without any side effects. In AEDs, however, a 20% difference between the absorption, distribution, metabolisation or elimination of the drugs has the potential to cause side effects. This can be explained by referring back to the unusual properties of AEDs – they have a narrow therapeutic window and a critical dose. If the generic version of the drug has 20% greater absorption than the original drug, it has the potential to produce a toxic effect. If the generic has 20% less absorption, it has the potential to affect seizure control and the patient may experience breakthrough seizures.

This theory is not yet proven, but a number of observations and studies have suggested that there is a real risk involved, and it is therefore an area of concern.

History of generic substitution and epilepsy: the evidence

In Australia during the 1960s, the formulation for the AED Dilantin (phenytoin) was altered slightly, although the active ingredient remained the same (much the same as a generic version of a drug is altered). Following this formulation change, there was an outbreak in phenytoin toxicity among people with epilepsy. Toxicity was caused by an increased systemic absorption of the drug as a result of the slight changes in formulation. This finding sparked the first concerns about AED formulation changes. Dilante (phenytoin) has since been changed back to the original form.

In 1988, the US Food and Drug Administration (FDA) investigated a number of seizure breakthroughs in patients receiving a generic form of carbamazepine. The drug has since been withdrawn from the market.

In 1996, a large study assessed the proportion of epileptic patients that had negative experiences with generic AEDs. Out of the 1,288 patients involved in the study, 251 had made a medication switch. The switches included from a branded to generic drug; a generic to branded drug; and a generic to another generic drug. Of these 251, 10.8% reported problems that were validated by a doctor; 9.9% had unproven problems; and 8.8% reported problems but did not complete the study, so it was unknown whether these problems were validated. The authors concluded that there were significant risks associated with AED brand substitution.

Another study yielded conflicting results. The researchers compared Depakene (valproic acid) to a generic form of valporic acid. No significant differences in seizures or blood levels were found.

Unfortunately, so far the evidence is limited. Previous retrospective studies with surveys of patients’ and doctors’ opinions and reported problems are not adequate for establishing the risk of switching AEDs. Further research into the area is needed.

The generic and branded forms of AEDs are deemed bioequivalent by the regulatory bodies, so why are we seeing these negative effects with the generic drugs?

Contrary to general belief, it is not the prescribing of generic AEDs that appears to be the problem; it is switching between two brands. Most of the time, the switch will be from the more expensive brands to the newer generic forms, hence problems arising from the switch may be falsely attributed to the generic drug.

Once a critical effective dose to control the epilepsy is achieved with one drug, swapping to a drug with a slightly different formulation can change the critical dose needed, and control of seizures may be lost.

There are several potential problems involved with switching between forms of AEDs:

All of the above potential problems present their own set of issues, among them financial, that can amount to more than the cost benefits associated with generic medication.

As with all medication switches, there is also a risk of becoming confused due to the physical differences between the new drug and the familiar one. This may cause one of two fatal consequences:

Do not underestimate the importance of making sure you are educated in the medication you are taking. A study assessing the attitudes of people with epilepsy to their medication found that while 74% pay very close attention to their medication and would notice and query if it is different from the usual prescription, 19% would notice but never query the pharmacist or doctor about the change, and an alarming 6.5% do not pay close enough attention to the drugs to be able to notice if they are given something different. That is, approximately 26% of people with epilepsy admitted to not speaking up about, or not even noticing, changes in their medications.

Always ask your doctor or pharmacist if you are concerned or confused about the medication you have received. All people with epilepsy should learn the brand name they are originally prescribed from a very early age. If you ever visit a different pharmacist or doctor, they may substitute your brand of medication without realising, so it is very important that you know what AED you are usually prescribed.

If you have been newly diagnosed with epilepsy, it is not uncommon or unreasonable for your neurologist to prescribe a generic medication after discussing it with you. As you have not had any AEDs, before you will not be switching from a brand to a generic drug. When starting treatment, blood tests will need to be taken before and after the initial dose to make sure the drug is present at safe levels in your system. Your doctor will then titrate the dose in order to find the range that works best for you.

When prescribing initially, your doctor will take into consideration:

If you are currently taking a generic or branded medication and your epilepsy is not under control, it is reasonable for your neurologist to suggest that you switch AEDs, either to a generic or branded form. The same considerations as for an initial prescription are valid. Also, there will be an appropriate crossover period for the drugs, when the dose of the old will decrease and the dose of the new will increase until the new drug takes over and the titration period begins.

Make sure that you are aware of the potential risks of switching medications and that you are prepared for regular check ups with your doctor to allow your progress to be monitored.

When epilepsy is controlled

If you have had your epilepsy under control for some time, generic substitution is best avoided.

Certain groups of people with epilepsy are more susceptible to complications associated with switching AEDs than others, including people who:

It is best to avoid switching if you are in one of these groups. If a switch is necessary, be aware that you will need to regularly visit your doctor for monitoring.

Cost benefits versus the cost of switching

The benefit of generic medication is purely economic. In the case of AEDs, the cost benefits of generic substitution are contentious. With any switch in AEDs, whether it is brand to generic, generic to brand or generic to generic, practice guidelines recommend that plasma levels be monitored before and after the switch. With this comes the associated doctor and pathology costs.

As the use of generic AEDs is a widespread and well known area of concern, there are a number of psychological stressors associated, from both doctors and patients. This may encourage people on generic AEDs to increase the number of consultations, or the doctor to feel that a greater number of medication review consultations are required.

The potential costs of switching to a generic form must also be considered. Although rarely occuring and the link unproven, breakthrough seizures, car accidents, loss of licence and loss of work time may cause far greater financial concerns than the extra money needed for the more expensive branded drug.

The therapeutic profiles of AEDs are still not fully understood. Epilepsy foundations around the world are asking the same questions:

Without further research, it is simply impossible to determine the actual risk associated with generic AEDs or the switch from one form of an AED to another. Until a greater understanding is reached, it is wise to err on the side of caution – generic substitution should be avoided once seizures are under control. If switching between medications is required, it must be on the advice of and with strict monitoring by the prescribing doctor.