What is the FAILSAFE diet?

FAILSAFE stands for Free of Additives, Low in Salicylates, Amines and Flavour Enhancers. It is a diet which focuses on reducing your intake of three chemical compounds that occur naturally in many fresh foods, as well as food additives and preservatives. These chemical compounds are:

FAILSAFE and other similar diets are also known as elimination diets. The compounds eliminated from the FAILSAFE diet cause adverse reactions (e.g. hives) in food intolerant individuals, and can also lead to mood disorders including attention deficit hyperactivity disorder (ADHD), digestive disorders and sleeping problems in this group.

The aim of following a FAILSAFE diet is therefore to reduce food intolerance and its symptoms by eliminating, or significantly reducing, an individual’s intake of salicylates, amines and artificial additives.

History of the FAILSAFE diet

In the 1950s, scientists conducted trials which demonstrated that aspirin, a salicylate-containing analgesic, could cause or worsen skin irritations and allergies in people with food intolerance.

In the 1970s, nutritionists and allergists began to develop and trial diets that eliminated foods containing additives and salicylates. Many of these proved successful in reducing or eliminating allergic reactions in food intolerant individuals. For example, in 1976 a diet which eliminated salicylates, preservatives and azo dyes was shown to reduce allergic symptoms in 57% of participants, and completely eliminate symptoms in 24%. However, little was known at the time about the natural salicylate content of many foods, and thus completely eliminating salicylates from a diet was not possible.

The development of the FAILSAFE diet involved testing the salicylate content of a large number of food products commonly consumed in Australia (e.g. spices, fruits). These experiments identified fresh fruits and vegetables, tea, spices, peppermint and liquorice as containing high levels of salicylates, and therefore as food which should be eliminated from the diets of food intolerant individuals. Existing elimination diets were then modified to eliminate foods previously unknown to contain salicylates (e.g. curry powder). A number of other natural and artificial compounds that contribute to allergic reactions were also identified during the development of the FAILSAFE diet.

Foods eliminated from a FAILSAFE diet 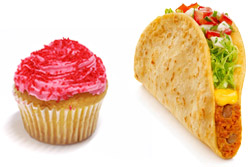 The FAILSAFE diet eliminates all foods containing salicylates and amines, as well as foods that include many types of artificial colours, preservatives and flavours.

As many fresh foods contain naturally occurring salicylates and most processed foods contain artificial additives, this means eliminating many foods which are frequently consumed as part of a typical balanced diet. Specifically, an individual adhering to the FAILSAFE diet should avoid the following additives, in addition to natural sources of salicylates (e.g. most fresh fruits):

In practical terms, this means avoiding many prepared and fresh foods, including:

Foods included in a FAILSAFE diet 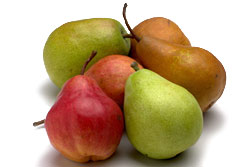 The foods included in a strict FAILSAFE diet are mainly fresh and unprocessed. Once you have been on a FAILSAFE diet long enough for symptoms of food intolerance to go away (usually about 2 weeks), you may reintroduce foods one by one to see if they induce symptoms. Foods which do not cause intolerance may be reintroduced to the diet.

The basic elimination diet which must be adhered to until symptoms have reduced includes:

Eating plan for the FAILSAFE diet

The FAILSAFE diet for ADHD

The FAILSAFE diet was originally developed for individuals who developed allergic reactions (e.g. hives) as a result of food intolerance. However, while testing and modifying the diet, scientists began treating patients for a number of conditions not traditionally associated with food intolerance. One such condition was hyperactivity in children. The scientists hypothesised that certain foods increased behavioural problems, and tested their theory through a randomised controlled trial involving 136 hyperactive children.

The children began following the FAILSAFE diet. Those who responded positively (e.g. those whose behaviour improved), were randomly selected to receive food challenges (i.e. tablets containing one of the eliminated compounds) or a placebo. Their behaviour was then monitored and behavioural changes reported by their parents. All but four children who received the intervention were reported to display exacerbated symptoms of ADHD following the food challenges. In children taking placebo, only five were reported to display adverse behaviour following administration of the placebo.

Evidence for the FAILSAFE diet

Patients and parents should be aware that available scientific evidence suggests that diet modification can improve the behavioural symptoms of ADHD. A trial in children without ADHD challenged them with drinks containing artificial food colours and additives or a placebo, and reported significant increases in hyperactive behaviour amongst the children who received the intervention, compared to the children who received the placebo. A trial of 27 children with ADHD randomly assigned them to an elimination diet or no intervention, and reported significant behavioural improvements amongst the elimination diet group.

These and a number of other studies demonstrate the association between diet and behaviour. They demonstrate that strict adherence to an elimination diet like FAILSAFE can improve hyperactive behaviour in children. However, an elimination diet alone cannot eliminate ADHD symptoms. Most evidence supporting the use of an elimination diet is anecdotal or arising from clinical observation. The only trial in which dietary and pharmacological treatments have been compared was small, involving only 20 children. It compared methylphenidate hydrochloride and food supplement treatment, but did not randomly allocate participants. No trials have compared the FAILSAFE diet (or other elimination diets) with pharmacological interventions.

Benefits and limitations of FAILSAFE for children with ADHD

The main benefit of the FAILSAFE diet for children with ADHD is that the diet can reduce symptoms of hyperactivity.

However, there are a number of limitations associated with the diet. The nutritional requirements of the diet are very stringent, and unless children comply fully by eliminating all banned foods from their diets, behavioural benefits will not be seen.

As children with ADHD tend to be impulsive, complying with a strict diet may be difficult. Children may share food with friends at school while unsupervised, become upset and behave badly when denied food by their parents, or simply eat eliminated foods without thinking about it. Practically, this makes strict adherence to the diet difficult.

Even if full compliance is maintained and hyperactive behaviour reduced, there is no evidence that an elimination diet alone can improve behaviour as much as pharmacological treatments can. The available scientific evidence suggests that an elimination diet is most effective when used in conjunction with, rather than instead of, pharmacological treatment.