Effects of Mental Activity on Health

The positive effects of mental activity 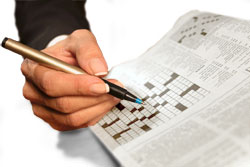 From the start of life till the end, mental activity is an important aspect of life. The protective, emotional, physical, psychological and neurological effects of stimulating the mind are widespread. Mental activity or neurological stimulation can be described as anything that stimulates, activates or enriches the mind. Stimulation can be provided internally from thought or externally from the environment. Education, occupation, social and leisure activities are all important contributors to mental stimulation.

Mental activity increases the flow of blood, oxygen and nutrients to the brain. It also acts as a signal which promotes the expression of brain-derived neurotrophic growth factor (BDGF). BDGF is a protective chemical which induces growth and survival of neurons. The importance of BDGF has been determined through knockout studies. Knockout studies are studies carried out on animals, usually rats, where a certain physiologically important element such as a chemical, receptor or enzyme are “knocked out” of the animal through genetic manipulation. These studies have enabled scientists to determine the impact that not having a certain substance has on the animal. In this case, they have discovered that without BDGF, learning and attention is impaired because the transmission between neurons, (known as synaptic plasticity) is reduced. Synaptic plasticity has been found to be increased after as little as a few weeks of mental stimulation.

Dementia incidence is significantly associated with mental stimulation; the greater the mental stimulation, the lower the risk of developing dementia. There is a 46% lower risk of developing dementia in individuals who utilise high mental activity levels compared to individuals who would be considered to use a low amount of mental activity.

The data suggests the risk for dementia appears to be substantially modifiable even during older age. Mental stimulation or cognition “training” has been shown to be beneficial in providing a protective and persistent neurological effect when used for as little as 3 months in late life (over 60 years of age). Cognitive programs that have been used to achieve this cognitive effect include:

Many theories have been proposed for these protective effects offered by mental stimulation. Dementia and cognitive decline may be related to the cognitive “stores” of an individual. Accordingly, people who are able to use their brain more effectively by using different problem solving strategies and brain networks are more likely to build a better “store” during life and hence will have a decreased risk of dementia.

Enriching mental activity also induces increases in synaptogenesis, with synaptic connections increasing by 50-100%. As the density of synapses is decreased in patients with dementia this effect is proposed to have a significant influence on the cognitive protection provided by stimulation.

Difficult problem solving situations are not the only option for enrichment and mental stimulation, even leisure activities are sufficient to stimulate persistent mental effects. The risk for dementia has been found in some studies to be decreased by as much as 50% for those who regularly engage in leisure activities, such as arts, crafts and competitive sports. Even mild leisure activities can reduce dementia risk by 33%. Motor imagery is a type of mental stimulation that involves focussing and imagining motor actions. The technique of motor imagery is used in athletic training programs in order to aid athletes to visualise the motor skills they are required to use for their given sport.

The theory behind motor imagery is that the mental planning and anticipation before an event work to mentally prepare an athlete, both mentally and physically. Motor imagery induces physiological responses in the autonomic nervous system including release of adrenaline, elevation of heart rate and blood pressure.

Furthermore this technique has been hypothesised to aid in rehabilitation after stroke or other diseases which affect movement, such as a relapse in multiple sclerosis. The physiological responses induced as a result of the imagery are not only related to physical preparation for activity but emotional preparation. Attention, arousal and learning mechanisms are all responses which are activated during motor imagery.

Depression is a common effect of lack of mental activity. The effects of mental stimulation have a flow-on effect. Activation of the mind increases physiological responses in the brain by inducing the flow of oxygen, blood and nutrients. Without activating these mechanisms neurons will eventually begin to shrink, as will the brain. These neurological effects flow-on to the psychological effects such as boredom and depression.

The importance of mental stimulation may be most apparent for children. Children who do not receive enough stimulation in the first 5 years of life are predisposed to learning, attention, behaviour and language difficulties later in life. Children from homes with limited opportunity to experience a healthy degree of mental stimulation and nourishment will experience disadvantages in their early learning years and throughout their schooling career. Furthermore, rates of antisocial behaviour, poor earnings, and criminal activity are increased in children of socially disadvantaged homes where this may be the case.

Early experience, whether negative or positive, in a child’s life has been shown to have a significant impact on their brain function and architecture. Head circumference is affected by environmental factors in early life as the maximum circumference is achieved by puberty. Although architectural brain development such as this is largely determined by genetics and nutrition, stimulatory environments provide the child with the potential to grow and learn optimally. Children should be exposed to a wide range of social and environmental stimulation from very early on.

Future research into mental stimulation and its effects As the population ages, the need for cost-effective methods to reduce the rate of cognitive decline will be become more and more necessary. In order to better implement mental activity “training” programs it will be helpful to understand how long the effects of mental stimulation last once stimulation has declined.

Clearer answers to the above will allow psychologists and doctors to tailor training programs to better suit individuals to both combat existing learning and psychological problems or to prevent cognitive decline.

How to implement your own mental training

It is worthwhile taking every opportunity to make sure your mind is active. Consistently engaging in activities you enjoy, social experiences and various environmental stimuli will have many benefits for your mental and neurological wellbeing. Try to set yourself challenges at work or school, this will help to keep you focussed and interested. Make sure you take your break at lunchtime too, in order to vary the environmental stimulation you are receiving.