What is clinical depression?

Feelings of depression may be described as feeling sad, blue, unhappy, miserable, or down in the dumps. Most of us feel depressed at some stage, but this is not clinical depression. True clinical depression is a mood disorder in which feelings of sadness, loss, anger, or frustration interfere and impede upon one’s everyday life for an extended period of time. 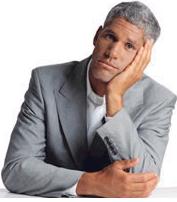 Feeling low or sad is something that everyone experiences. Depressive symptoms are common, affecting 10-40% of people who see their GP. Feeling temporarily down is different to clinical depression, however, and only half of these patients actually meet the specific criteria used to diagnose a patient with a major depressive disorder. Still, depression remains the most common psychological disorder that a GP sees, and the rates of depression appear to be increasing even further. It is thought that depression will become the second most important disease in terms of disability and premature death, second only to cardiovascular disease.

Female gender is considered a risk factor for depression. Studies suggest that 20-25% of women will be affected by major depression at some time in their life. The reason for this is not completely understood but several factors may contribute, including the high incidence of post-natal depression,  social factors (e.g. history of childhood abuse, low self-esteem), and gender differences in the metabolism of chemical signalling molecules in the brain.

True depression, characterised by low mood and reduced pleasure, is becoming relatively common in men, affecting 7-12% of men during their lifetime. It is estimated that one in six Australian men suffer depression at any given time. Teenagers and elderly men have higher rates. Depression in men is associated with destructive behaviour, alcohol and drug abuse, and numerous medical disorders such as cardiovascular disease and diabetes.
The true rates of male depression may be underestimated because many males are reluctant to seek medical advice. Depression has commonly been thought of as a disease of women, although the ratio is increasing in favour of men. The increased rates of depression in men may be attributed to changing social roles. Fewer men are becoming the sole financial provider in a family, leading to a loss of social status, and to isolation. In addition, increased rates may reflect changes in diagnosis and admission criteria, or greater health seeking behaviours by men.
High rates of depression are reflected by the tripling of suicide rates for males aged 15-24 over the last three decades, making suicide the second most common cause of death in this age group. This is an alarming statistic. Furthermore, elderly men have the highest suicide rates in the country. Depression in these patients may stem from loss of spouse, isolation, financial difficulties and physical illness.

Depression in children is actually far more common than many people realise. It is estimated that one in 10 children and adolescents are suffering depressive symptoms at any one time. This equates to over 95,000 Australian children and adolescents who are affected by depression. Studies have shown that the most common time to be affected by depression is in mid to late adolescence, though it can occur at any time.
Similarly to depression in adults, depression amongst adolescents is greater in females than in males. Some studies show that up to 25% of female teenagers report depressive symptoms. In prepubertal children, the incidence of depression is thought to be about 2.5%. The actual rate might be even higher – it is hard to diagnose children, since they do not display the same symptoms. Many children find it difficult to speak about their feelings very clearly, and may often present with behavioural changes that can be difficult to identify as depression.

Unlike feeling gloomy or having a bad day, as happens to all of us from time to time, the symptoms of a severe clinical depression usually occur in episodes that last for ten months. During this time, the symptoms of depression will be more pronounced, with the sufferer becoming socially withdrawn and subjectively depressed. At these times, patients are more vulnerable to acts of self-harm and suicide attempts. Sometimes patients suffering depression will need to be observed more closely to prevent these events from occurring.

There are a few long-term consequences associated with major depression, especially in children. There is some evidence, though not conclusive, that depression during early and late adolescence is associated with later obesity, especially in females, and that the more episodes of depression there are, the higher the level of obesity. Depressed adolescents are more likely to be involved in unsafe sexual practices and other risky behaviours. It can lead to some negative outcomes such as:

The two most classical feature of depression are a low mood, and reduced pleasure form activities that were previously considered pleasurable. In true clinical depression, these feelings have lasted a while and are now starting to impact your life in negative ways. If depression is severe you may develop a very grey view of the world, and overwhelming feelings of worthlessness, hopelessness and guilt. In advanced stages you may feel like hurting yourself, or you may have thoughts of suicide.
However, depression does not always present so obviously. You may notice you feel tired, run-down or have other vague symptoms such as abdominal pain or headaches. It may not be until your doctor asks several detailed and specific questions about your specific symptoms, mood and lifestyle that you realise you are depressed.

Your doctor will perform basic tests to determine your mental state and mood. It is also likely he or she will perform some examinations to exclude other diseases that can preset with depression. In particular, your doctor will do a general inspection, and examine the thyroid, chest, abdomen, and perhaps the neurological system, looking for any related diseases.

How is clinical depression diagnosed?

Depression may be caused by a variety of physical problems within the body (called “organic”) Such problems include electrolyte disturbances, thyroid disease, anaemia, chronic infection and malignancy (cancer). You will need to have a series of baseline blood tests to exclude anything that may be contributing to your depression.

Most patients with depression will recover from their condition after 6-12 months, depending on the severity. About a quarter of patients attending hospital with depression symptoms will experience depression again within a year of treatment, and three quarters will experience it again within 10 years of treatment.
If you suffer from recurrent episodes of depression, you may be recommended treatments to help prevent depression. This may involve cognitive behavioural therapy that concentrates on relapse prevention, other forms of psychotherapy, or antidepressant medication. Full-dose antidepressants are probably the most effective way to prevent recurrent symptoms of depression.

Roughly 40% of depressed adolescents will continue to have depressive symptoms after 4 years, and up to 70% will have a relapse by adulthood. For this reason, it is important that all children with depression are closely monitored so that they remain adequately treated.

The treatment of depression symptoms involves physical, psychiatric and social interventions. An initial step in management is educating the patient about the condition and its implications. Often just knowing that self-loathing, guilt and suicidal thoughts are caused by the illness can help you take the first step in pursuing treatment for depression.
Many men do not seek medical advice for depression because they think it is a sign of weakness. However, it is important for all depressed patients to see a doctor. Friends and family may need to encourage and persuade men to see a doctor to avoid the depression getting out of hand and, in the worst scenario, leading to suicide. An overview of treatment principles for depression is provided below.

Depending on your circumstances, there are a variety of ways that your doctor and agencies can try to help to reduce the stressors in your life. This may include:

Overall, the most effective treatment for depression is a mixture of cognitive behaviour therapy and an antidepressant medication.

If you are depressed, it may be important that you hold off making large and important life decisions until you have an adequate response to treatment. This will help you avoid making decisions that you may regret later. Your doctor may be able to help you gauge when you have reached this stage. If you are actively suicidal, severely depressed or have psychotic symptoms, you require hospital admission to prevent harming yourself. Admission to hospital is usually necessary for 1 in 1,000 depressed patients with clinical depression and primary care. A short stay in hospital gives you a break from caring for yourself and allows support, listening, observation, prevention of suicide, and close monitoring of depression treatments.
In most cases, depression should be treated even if it seems an understandable reaction to serious illness or difficult circumstances. If you are elderly, severely or even terminally ill, you are probably more likely to become depressed. Remember that depression can have significant consequences and impede your quality of life, therefore treatment would be beneficial.

Treatment in children and adolescents is much the same as for adults. Education is especially important, as patients often enter treatment thinking of the stigma associated with depression. Discussing the very common nature of depression in childhood and adolescence can be useful, as can carefully explaining that it is in no way a character flaw but rather a medical condition. Encouraging patients to engage more in school and increase activities with their friends can also help treatment, and physical activity can decrease depressive symptoms.
Treatment with medication is occasionally controversial, but is highly effective in reducing depressive symptoms. While there has been a lot of negative press about some children having more suicidal thoughts when placed on SSRIs, this is a far from proven conclusion and more research needs to be done. So far, though, it seems that the benefits of treatment outweigh the risks. For safety, however, patients who are placed on these medications should have the potential risk assessed and the side effects explained in detail, and should be closely monitored.
Drug treatment with a single SSRI along with some form of psychotherapy is the recommended first-line treatment for an adolescent or child with depression. If there is no response to the medication, then an increased dose can be tried. If this is also unsuccessful, a different agent should be used. Up to 50% of patients who are initially unresponsive will find an effect from a different medication.