What is Chronic Fatigue Syndrome

(CFS) consists of a disabling fatigue that lasts for longer than six months. In addition, there are cognitive (e.g. impairment of long term memory or concentration), musculoskeletal (e.g. muscle and/or joint pain and tenderness) and sleep (e.g. disturbed sleep patterns, unrefreshing sleep) symptoms. Altogether, this results in a substantial decline in social, occupational, educational and personal activity.

There are no specific biological markers or diagnostic tests for CFS. Diagnosis is made by excluding all other possible causes of the fatigue.

The management of CFS focuses on the relief of symptoms (e.g., headache, muscle pain) and tackling associated problems, which may include sleep difficulties, depression and social isolation. Chronic fatigue syndromeUp to 20% of people in society are affected by chronic fatigue. However, only a few can be classified as having CFS. The incidence of CFS in the Australian community is around 0.3% or 30 per 10,000 people, though this figure may be as high as 1-2% or 100-200 per 10 000 people.

CFS occurs 2-4 times more often in women than in men, and typically arises between 20 and 40 years of age.

The causes of CFS remain largely unknown. However, studies have shown an association with the following events:

In many cases of CFS, the illness starts with a ‘flu-like’ range of symptoms in a previously active individual. These symptoms include sore throat, muscle pain, headache and fatigue. As the symptoms persist beyond what would be considered typical of the flu, it is common to consult with a medical professional who, if CFS is present, will find nothing on further investigation.

The condition may continue for months, or years, restricting activity significantly over this period of time. In addition, patients may complain of disturbed sleep, poor concentration and low mood.  A range of ‘hypersensitivities’, including intolerance of some foods, environmental substances and pharmaceuticals may also affect individuals with CFS. In its most severe form, patients may feel incapable of work and social activities, becoming socially isolated and placing them at risk of developing depression.

How is Chronic Fatigue Syndrome Diagnosed?

CFS is a medically unexplained syndrome. Diagnosis is made by ruling out all other disorders that cause chronic fatigue. A number of blood tests will be required to exclude conditions such as anaemia, hidden infection, liver and thyroid abnormalities and diabetes mellitus as causes of chronic fatigue. 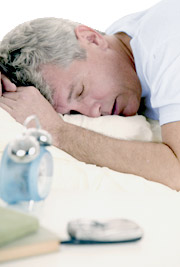 With treatment, many patients will experience a gradual improvement in symptoms over time, though progress is likely to be slow. Some patients will have completely recovered in six to twelve months. Others may take much longer to show improvement.

Patients who seek treatment have a better chance of improving than those patients who don’t seek treatment.  Children and adolescents show the highest rates of recovery. Recovery is also more likely in individuals who have fewer and less severe symptoms, and who gain a sense of control over their symptoms. Individuals with CFS can expect to recover to some extent, though it is common for some symptoms to persist (often in a milder form).

How is Chronic Fatigue Syndrome Treated?

The principles of management for CFS are outlined below:

It is sometimes difficult to accept that physical symptoms may benefit from psychological therapy. However, cognitive behaviour therapy and graded exercise are scientifically tested and accepted  methods of improving the symptoms of CFS. It must be stressed that antidepressants are ineffective in the absence of a mood disorder or insomnia.