Appearance and location of the opacity

The appearance and location of the opacity within the lens is one method used to categorise cataracts. There are several different types of cataracts within this classification, including:

The level of maturity or progression is also used to classify cataracts. Within this classification are the following types:

The cause of the cataract is also frequently used to classify them. Most commonly cataracts are related to increasing age but also occur in childhood. Cataracts may also be related to metabolic and nutritional abnormalities, drugs, trauma, radiation exposure and inflammation. 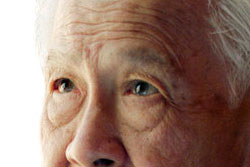 Cataracts account for a major proportion of vision loss around the world. Within Australia cataract surgery is the most commonly performed eye procedure.

The overall prevalence of cortical cataracts in the urban Australian population is 11.3%.However, the number of people affected increases from about 4% of the population aged 50-59 years, to more than 60-70% of those aged 90 years and above.

The risk of developing cataracts over a 10-year period in those over 49 years old is 36% for nuclear cataracts and 28% for cortical cataracts respectively. Of those people that develop cataracts, the average age for cataract surgery in Australia has been found to be 75.8 years and surgery in the second eye frequently follows soon after the first cataract operation.

The frequency of cataracts occurring in younger people within Australia is much less compared to age-related cataracts, occurring in 1 in 4,500 infants or children.

A broad range of predisposing factors has been linked to the development of cataracts. 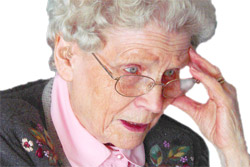 Demographic factors including age, gender and ethnicity may predispose a person to developing cataracts:

Diabetes is a well-established risk factor for cataracts. Diabetes has been shown to accelerate the formation and progression of age-related cataracts and also result in the development of cataracts in younger people.

This occurs because the lens in a person with diabetes takes up glucose, which is converted to a sugar substance, sorbitol. This substance is unable to diffuse through the lens and therefore results in an increased pressure within the lens. As a result, water moves into the lens and may cause lens swelling and clouding.Those who have had diabetes for more than 5 years are more likely to develop cataracts.

In addition to diabetes, other diseases are also associated with cataracts. People with gout for greater than 10 years are at greater risk of developing cortical cataracts.

Individuals affected by Wilson’s disease are predisposed to developing cataracts because copper deposition on the cornea (Kayser-Fleisher rings) clouds the lens and a characteristic green sunflower type of cataract may be seen.

Low calcium may predispose a person to developing cataracts.

Galactosaemia is a condition where the body is unable to process the sugar galactose. It may result in development of cataracts soon after birth. 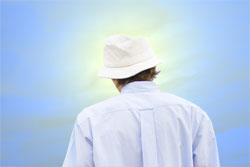 Chronic ultra-violet (UV) light exposure is a predisposing factor for the development of cataracts. There is an increased risk seen in areas close to the equator where UV exposure, particularly UV-B radiation is highest.In Australia UV light exposure is greatest in the more northern states, like Queensland and the Northern Territory, compared to the southerly states such as Victoria and New South Wales.

Several medications are linked to the development of cataracts. In particular, steroids predispose a person to developing posterior cataracts and children are particularly sensitive to the effect of steroids.

There is also evidence that inhaled steroids for respiratory disease may contribute to a person developing cataracts.Topical beta-blockers used in other eye disease have been shown to be a risk factor for cataracts.

Trauma is a relatively common predisposing factor for cataract development in younger people. The type of trauma that may result in opacification of the lens includes both penetrating injuries and blunt eye trauma, and the cataract may be associated with lens dislocation, bleeding and other eye injuries. 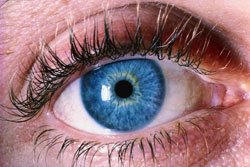 Other eye diseases that may predispose an individual to develop cataracts include retinitis pigmentosa, severe short-sightedness and glaucoma, of the closed angle type.

The effect of ionising radiation on the lens is recognised as a factor for the development of cataracts. Radiation, such as that from standard medical x-rays can cause direct changes in the lens’ cells resulting in clouding of the lens several years after the exposure.

Electric shocks from high voltage wires and infrared radiation in the glassblowing occupation are also associated with cataract development.

Cataracts occurring in infants and children may be due to familial predisposition, infection when in the womb, eye disease or systemic disease. 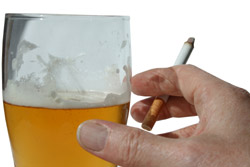 There is consistent evidence in the literature that smoking is associated with cataracts. The evidence suggests that smoking increases both the risk of developing opacities and the progression of cataracts once they have occurred. This association is related to the number of cigarettes smoked as studies have demonstrated that the risk of developing cataracts is lowered when the individual stops smoking.

High levels of alcohol consumption also contribute to the development of cataracts.

Cataracts are the leading cause of blindness in adults worldwide.If left untreated, the lens undergoes change from an immature cataract, to an intumescent cataract, until the entire lens is involved and it becomes a mature cataract.These changes are associated with progressive visual loss and an increasing impact on the individual and their life.

The symptoms an individual may experience depend on whether the cataracts involve one eye or both, the degree of the cataract and the position of the opacity within the lens.

If the cataract involves one eye only, then the individual may not notice the effects until the cataract has progressed. The person affected may describe difficulty reading, recognising faces, driving or watching television. They may describe worsening in vision in bright light particularly if the central part of the lens is clouded.

Some individuals may experience double vision and see haloes if the cataract is interfering with the passage of light rays to the back of the eye.

Occasionally, improved near-vision may be reported in the history, due to the cataract increasing the ability of the lens to bend the light and create a focused image.

An individual presenting with suspected cataracts should be questioned to assess whether any risk factors for cataracts are present including diabetes, eye disease, medications and smoking. The impact of the cataract on the individual’s quality of life should also be determined. 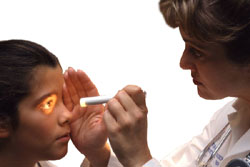 A thorough examination by an ophthalmologist should be undertaken with the aim of confirming that the cataract is present and that there are no other eye diseases or general conditions that require attention or which may impact on the treatment. The examination will include the following:

Age-related cataracts are diagnosed following a thorough history and physical examination, as described above. Therefore laboratory investigations are required as a routine part of the pre-operative work-up. Investigations for diabetes, hypertension and heart conditions may be performed and this may involve blood tests, an ECG and chest X-ray.

Imaging studies such as an ultrasound, CT or MRI may be required if a very dense cataract obscures an adequate view of the back of the eye.

Specific measurements are undertaken prior to the cataract operation in order to evaluate the eye and plan for an artificial lens implantation. This involves measuring the curvature and the length of the eye in order to calculate how strong the lens needs to be. 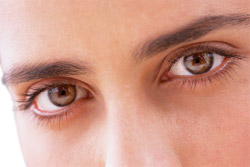 The outcome in adults who have no other eye disease is very good, due to the development of successful surgical techniques. A poorer outcome results in those who have other eye conditions such as co-existing macular degeneration, optic nerve atrophy or diabetic eye disease. In those who undergo successful, uncomplicated surgery most will experience improved vision. Despite the high rates of success and promising outcome following uncomplicated surgery, complications of cataract surgery still occur and these are mentioned below. The only real treatment for cataracts is surgical intervention. Currently there are no known effective medications or optical devices such as spectacles that provide long-term improvement in vision.

Whether cataract surgery is appropriate depends on the individual and the effect of the cataract on their vision and quality of life. Younger people with cataracts may chose to undergo surgery earlier on.

Phacoemulsification surgery is now the standard method. This involves a small cut made in the front part of the eye. Through this hole a fine instrument is used to dissolve the hard lens and the dissolved lens is suctioned out. This whole process is called phacoemulsfication. A folded, artificial lens implant is then placed within the empty lens bag and allowed to unfold. Careful washing of the lens is undertaken in order to remove any left over lens matter. Often stitches are not required as the cut is so small and is therefore self-healing.

Extracapsular surgery used to be the most widely practiced method of surgery, prior to the phacoemulsification technique. It involves a larger cut and the entire cloudy lens is removed from the eye. A non-folding artificial lens is inserted and the cut is closed with stitches. This procedure is sometimes associated with problems in the wound closure.

Intracapsular surgery is now only used in special situations. It involves removal of the entire lens as well as the surrounding lens capsule.

For most individuals who undergo cataract surgery the procedure occurs under local anaesthetic unless there are specific conditions for which general anaesthetic may be more appropriate.

The artificial lens implanted within the lens capsule determines the final state of vision for the individual. Inserting an artificial lens allows any shortsightedness or longsightedness to be corrected during the cataract surgery. Once the operation is complete the new lens should last for the individual’s lifetime and no replacement or maintenance therapy is normally required. Although modern techniques make cataract surgery very safe, complications can still occur. While not common, there are certain risks including:

In order to avoid the complications associated with cataract surgery and to promote recovery it is recommended that 1-2 days rest occurs and heavy lifting is avoided for 2-3 weeks.

Although many advances have been made in the surgical treatment of cataracts, there are currently no known effective preventative strategies.

However, there is evidence in the literature that smoking, whether current or in the past, increases the risk of developing cataracts. Alcohol consumption is also associated with a modest increase in cataract development, therefore this should be minimised.

Several vitamins, dietary supplements and antioxidants have been studied over the years, but the results have not provided definitive conclusions as to the effect of these on the development of cataracts.